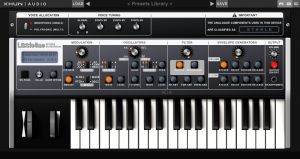 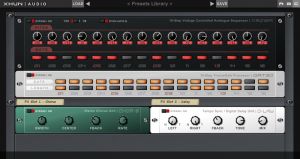 Xhun Audio has announced version 3.0 of LittleOne, a complete reboot for its analogue modeling software.

After several years under continuous development - the research stage started in 2013 and led to a vastly improved analogue electronics components emulation, while the development itself started in 2015 - LittleOne version 3.0 represents a huge step forward compared to the previous versions of the software.

In addition to a massive improvement on the DSP side (not limited to the synthesizer section but also involving all the sequencers and effects processors included in the sequencer/rack section) LittleOne version 3.0 features a true analogue polyphony simulation (4-voices, with independent tuning for each voice) as designed in the original analogue hardware specifications, a completely new presets management system (based on plain-text, human-readable proprietary format) and much more.

For a deeper overview of the software and the technologies involved, more info and details can be found following the published posts (starting from Summer 2016) on Xhun Audio's Facebook profile.

Completely re-written from the ground up in efficient C++, LittleOne version 3.0 now features native cross-platform compatibility. It is available for both Windows and macOS (formerly OS X) as 32-bit / 64-bit plugins in VST (2.4), VST3 and AU formats.

As Xhun Audio promised, all previous/registered LittleOne Customers will receive the upgrade to version 3.x (from versions 1.x / 2.x) completely free of charge.

Available worldwide (from Xhun Audio online Shop and/or 3rd party Resellers) from May 5th 2017, Xhun Audio say LittleOne version 3.0 will maintain a fair and affordable price (although they didn't announce what that will be).