1970s Hayman Vibrasonic kit - All Samples Pack by Drumdrops is Soundware (e.g. samples or presets that load into other products). 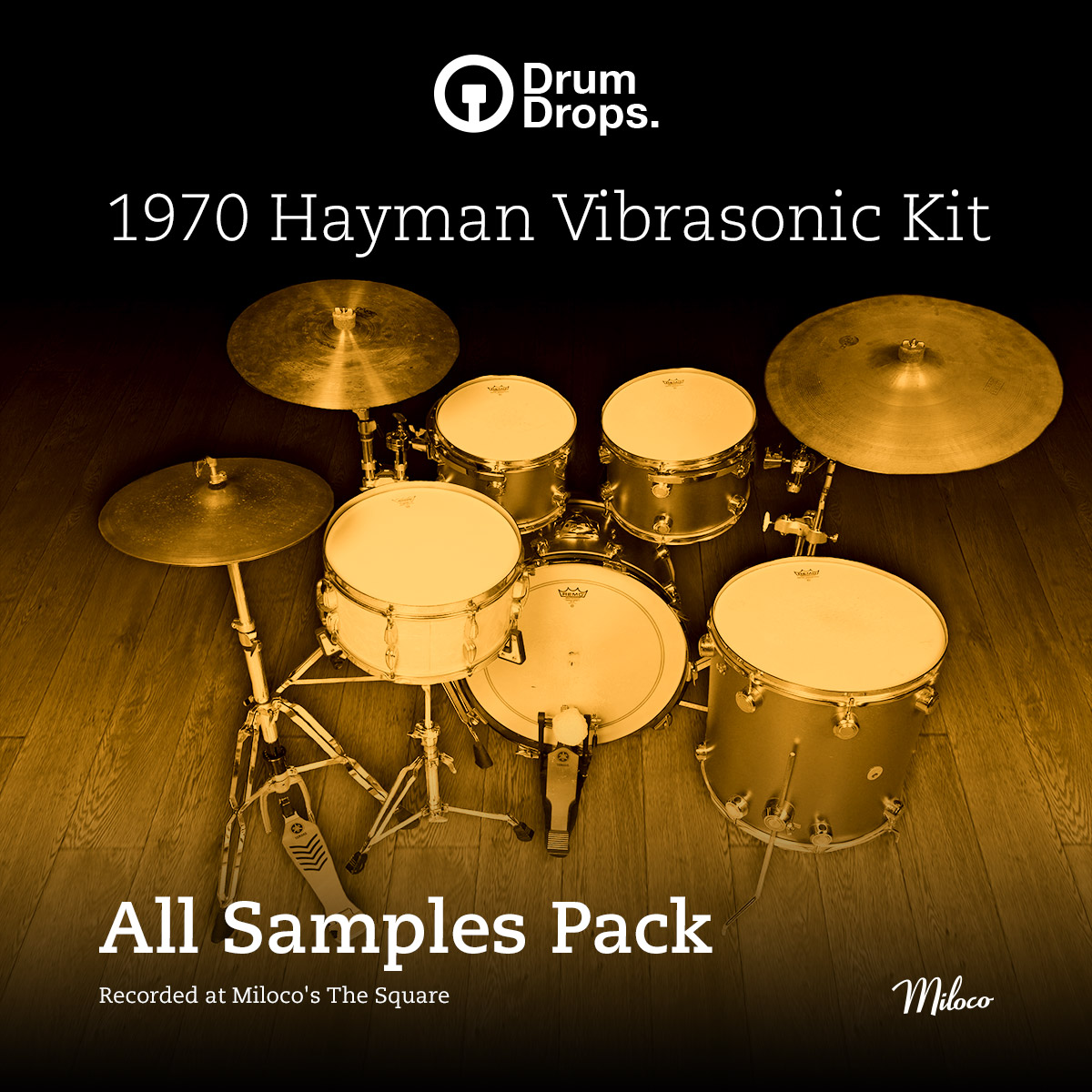 The 1970s Hayman Vibrasonic Kit - All Samples Pack as mixed by Stephen Street (Blur / The Smiths) includes our Multi-Velocity Pack, Singles Hits Pack, Drum Replacement Pack and samples from the Kontakt 5 Pack (but not the instrument). We include 14 different software patches and three different packs of WAV samples. If you use any of the supported software or want to build your own patches and want a versatile classic British 70s kit as mixed by one of the UK's mix engineers then look no further.

The Multi-Velocity and Single Hits packs contain 11 different patches allowing you to easily load up the samples. These packs use stereo mixed samples taken from a mix of the close microphone, overhead and room microphone. The samples come as 24-bit WAVs although we also include 16-bit versions in the Single Hits Pack. The Multi-Velocity pack contains 480 samples and the Single Hits pack contains 112 samples. The Multi-velocity pack also includes over 800 MIDI Loops. The patches included in these packs are for:-


The Drum Replacement pack contains patches for Slate Trigger v2, Drumagog v5 and DrumXchanger. The Trigger files come as a .tci, the Drumagog files as a .gog file and the DrumXchanger file as a splx file.

As a bonus we also Include a large number of the samples from the Kontakt 5 pack (separate close, overhead and room mic samples) These are provided with up to 16 velocities of each articulation and 3 round robins and total 5094 24-bit WAV samples. Customers can build their own patches for their favourite samplers from these.

The All Samples Pack of the Stephen Street mixed 1970s Hayman Vibrasonic Kit is available exclusively from the Drumdrops store for £ 30.00. Head over here to find out more.