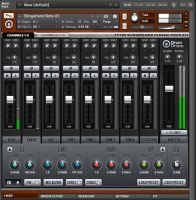 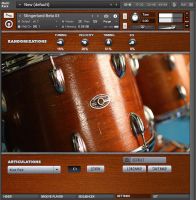 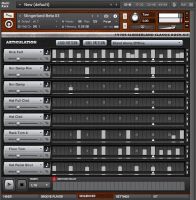 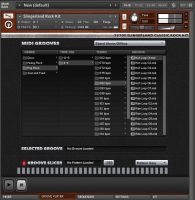 The 1970s Slingerland Classic Rock Kit - Kontakt Pack as mixed by Alan Moulder comes with the drumdrops kontakt instrument and contains 6825 samples. If you own the full version of Kontakt 5 and want a versatile classic 70s kit as mixed by one of todays leading alternative rock mix engineers then look no further.

The 1970s Slingerland Classic Rock Kit is a truly spectacular kit. A large kick drum, five toms and a deep Slingerland Radio King 14" x 7" snare drum, makes this kit a great choice for anyone who wants to re-enact their 70s rock classics. However it is not a one-trick pony as shown by producer Ben Hillier who uses it on most of the records he makes. Recently he took it on tour with artist Nadine Shah.

The Slingerland kits were first made in 1928 as a retaliation to Ludwigs manufacture of Banjos which Slingerland had been distributing. This Slingerland is from the 70s when the Company was in its heyday. With it's large drum sizes it is a powerful sounding kit and extremely versatile. Slingerland's most famous line of drums was the Radio Kings and we have included a Radio King snare with this kit.

The Kontakt 5 pack comes with all the usual features found in the Drumdrops kontakt packs with a couple of new ones:-


The Slingerland Classic Rock Kit, Kontakt pack can be purchased direct from the Drumdrops website for £ 40.00.