1970s Slingerland Classic Rock Kit - One Shot Sample Pack by Drumdrops is Soundware (e.g. samples or presets that load into other products). 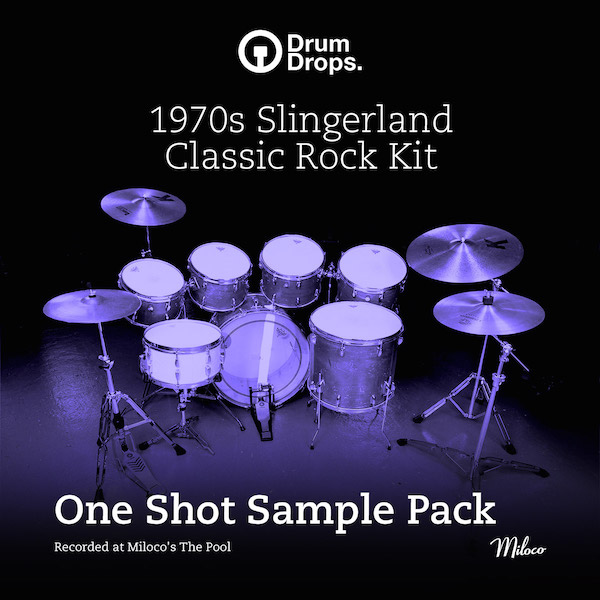 The 1970s Slingerland Classic Rock Kit - One Shot Pack as mixed by Alan Moulder is our starter pack for this kit. It comes with just one sample of each articulation as 24-bit and 16-bit WAVs. If you want a cheap way of checking the sound of this kit or don't need multiple velocities and want a versatile classic 70s kit as mixed by one of todays leading alternative rock mix engineers then look no further.

The "One-Shot Sample pack" is perfect for customers who want to check out the sound of this kit or only need one velocity of each sample. The pack includes one velocity of each articulation totalling 35 drum samples. These samples come as 24-bit WAVs and 16-bit WAVs for the legacy drum machines. All of the samples are mixed from a combination of the overhead, room and close mics.

The One Shot Sample Pack of the Alan Moulder mixed 1970s Slingerland Classic Rock Kit is available exclusively from the Drumdrops store for £ 5.00. Head over here to find out more.