Bad Bad Lead by Rhythmic Robot is Soundware (e.g. samples or presets that load into other products). 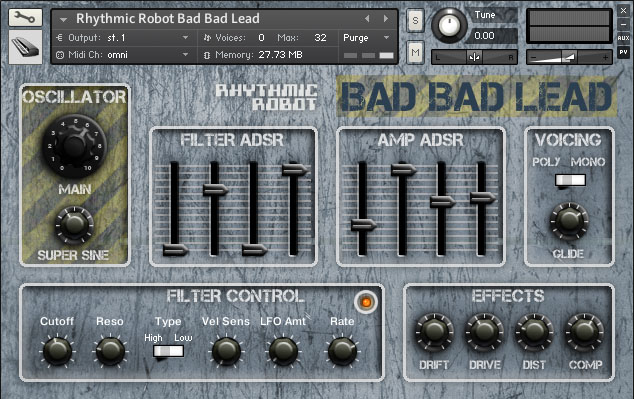 Bad Bad Lead is a dedicated leadline synth offering two oscillators: a sawtooth wave sampled from a 1970s Goodwill transistor signal generator, and a super-sine sinewave oscillator one octave above, which is taken from a 1940s Taylor valve (tube) signal generator. Distortions and instabilities in the sampled waves combine to give Bad Bad Lead a singular character of its own.

UJAM Flash Sale: Up to 60% off Virtual Bassist