Bitcom by Audio Damage is a Virtual Effect Audio Plugin. It functions as a VST Plugin and an Audio Units Plugin. 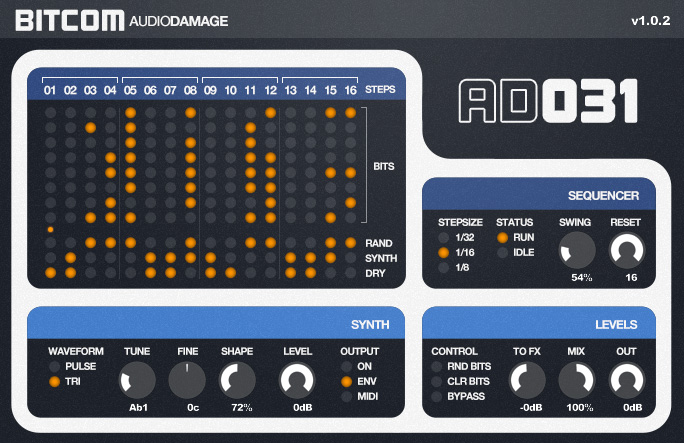 There are subtle plug-ins you put on the two-buss to give a nice gentle vibe to a track. Bitcom is not one of those. There is no "analog modeling" in this effect. There is no warmth or tube saturation. It is utterly devoid of anything to which the word "vintage" can be applied. Bitcom is a modern bit-shredding digital banshee that beggars description and lives on the edge of instability.

In a nutshell, a step sequencer drives a custom-designed bitcrusher, with a synth sidechain. But that sentence doesn't begin to describe the abuse that Bitcom is capable of. We pulled out every trick in the book to build a modern electronic music effect that can turn even the most sedate input in to a swinging, screaming pain-monkey, wreaking havoc on lesser sounds.

NO demo on site? Very bad!! How do you think people can test it, if you don't provide demos???

Minus points for Audio Damage.

In their defence, they offer a no questions asked 30-day money back guarantee. In a way, that /is/ the demo.