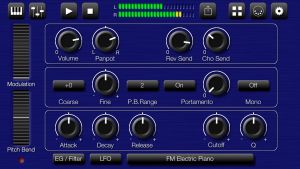 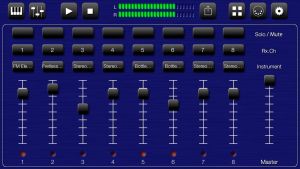 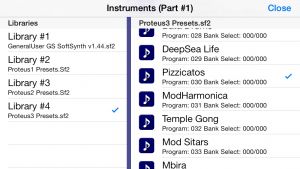 bs-16i by bismark is a Virtual Instrument Audio Plugin and a Mobile Audio App and a Standalone Application for iOS. It functions as an Audio Units Plugin and a Standalone Application.
Product
Version
3.1.1
Tags
Tags:Sampler/Sample Playerbismarkbs-16i
Instrument
Formats
My KVR - Groups, Versions, & More
11 KVR members have added bs-16i to 5 My KVR groups 13 times.
Not In Your MY KVR Groups
(or group limitation prevents versioning)
6 0 I Own This
3 0 My Actual Studio
2 0 I Want This
+2 in private groups

bs-16i is a 16 multi-timbral playback sampler. It supports SoundFont, and can be used for keyboard instrument, MIDI sound module, and MIDI player.

The sampler engine is ported from bs-1 / bs-16, which is developed as professional plug-in for Logic (Audio Units) and Cubase (VST instrument).

Using SoundFont libraries, you can play with your great number of Instruments.
It supports all standard MIDI messages, using pre-installed GeneralUser GS SoftSynth v1.44.sf2 (S. Christian Collins), your iPhone and iPad can be used as a GM (General MIDI) sound module.

As a keyboard instrument, you can play with scalable keyboard, pitch bend wheel, and many control change controllers.

SoundFont and SMF files can be sent using internal Wi-Fi server. Also you can use file sharing functions of iTunes, and OpenIn from other apps.

Moreover, this application supports Core MIDI Interface like as IK Multimedia iRig KEYS / iRig MIDI, YAMAHA iMX-1, LINE6 MIDI Mobilizer 2, and Apple Camera Connection Kit with USB MIDI Interface. With them you can communicate with other external MIDI hardware like as synthesizer, sequencer. Also bs-16i can be backgrounded and driven from other apps using Virtual MIDI.