Buffer Synth 2 by ndc Plugs is a Virtual Effect Audio Plugin. It functions as a VST Plugin. 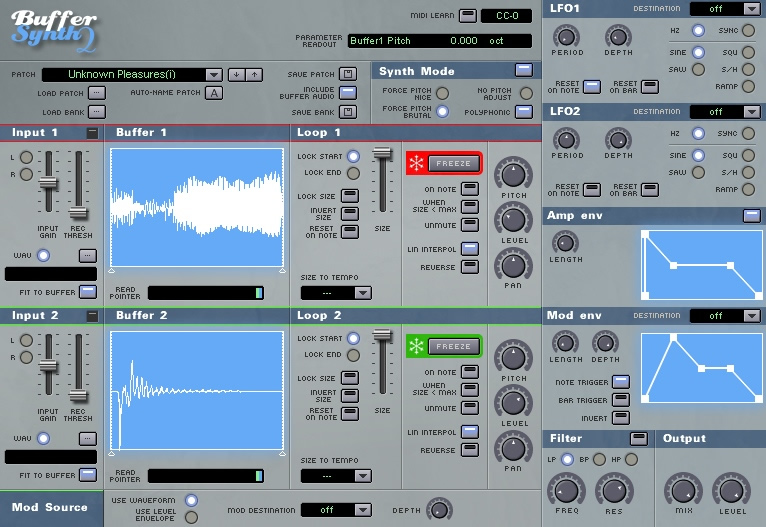 Buffer Synth 2 is a buffer manipulation plugin, designed to do a number of different things with audio buffers. It could be thought of as a cross between GRM Tools' Freeze and a wavetable synthesizer, in the way it can be used as either an effect-type plugin, or as an instrument in its own right. To get the most out of it, you'll need a relatively flexible plugin host - most importantly, one which will allow you to send MIDI data to effects plugins.

"I don't have much money so can I have your plugin for free?"by Tj Shredder @ 8:20 in DSP and Plug-in DevelopmentWTB: Waves Oneknob Pumperby Insanelysane @ 8:11 in Sell & Buy (+Special Offers, Deals & Promos)