ChineeYangQin by Kong Audio is a Virtual Instrument Audio Plugin. It functions as a VST Plugin. 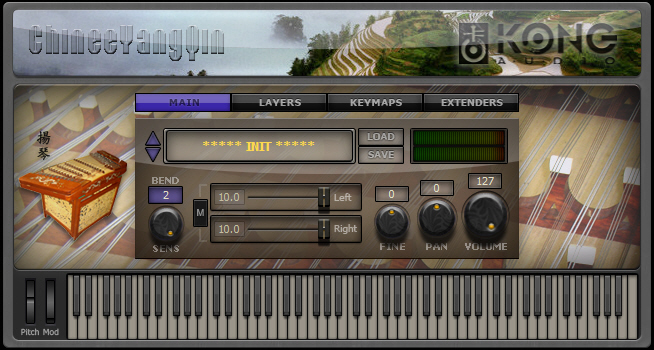 YangQin (Chinese Dulcimer) is a relatively new member of the Chinese instrument family - it was not until the late Ming Dynasty (mid-17th century) that YangQin started to show up in China. The dulcimer originated from the Persian civilization, but since YangQin's sound character fitted so well to Chinese tastes it soon spread widely, especially in southern China.