ENGL E765 RT by Plugin Alliance is a Virtual Effect Audio Plugin. It functions as a VST Plugin, an Audio Units Plugin, a VST 3 Plugin and an AAX Plugin. 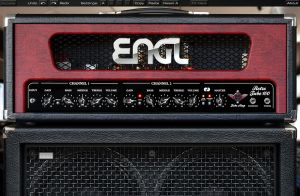 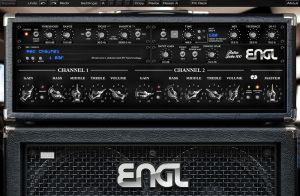 The ENGL E765 RT - Retro Tube 100 plugin from Brainworx is a true model of the original ENGL amp head. Plug in and you will be able to pull up the typical tones of the iconic guitar heroes who wrote the book on rock. With 2 channels and a total of 4 different gains, the ENGL E765 plugins offers a vast range of spine-tingling tones. ENGL goes through a rigorous process of selecting the EL34 power tubes used in their amp and Brainworx faithfully models the result so every drop of ENGL's legendary sound is captured.

The new The ENGL E765 plugin, like the original amp, features two channels of retro sound variety. Channel 1 is tuned to deliver warm, organic clean sounds that break up beautifully when you dial in higher gain levels. A twist of the wrist is all it takes to conjure luscious harmonic overdrive. This channel's Gain Boost option not only increases amplitude, it also adapts frequency response to create a unique tonal structure perfect for sweet chord progressions and sanctified rock riffs.

Channel 2 extends the amp's tonal spectrum with two far more aggressive gain structures than Channel 1. It does everything you want it to do when it comes to overdrive, saturation and all-out distortion: the Gain Boost option inserts an additional triode tube into the signal path to create an extremely thick sound structure with days of sustain and a rich overtone spectrum - perfect for soaring leads.

One of the largest advantages of using the ENGL E765 plugin is how quickly you're able to get professional results when recording. Getting a great tone with a real amp in the studio is a complicated process; setting up expensive microphones, preamps and outboard gear requires lots of experience, or at least a lot of trial and error. The ENGL E765 plugin offers 64 Impulse Responses (IRs), which include a dizzying array of guitar cabinets, high end microphones and other studio gear. Dirk Ulrich (Owner/CEO of Brainworx), was a rock producer for 15 years before entering the plugin business, working with musicians from bands like Dream Theater, Toto, Michael Jackson's band and many more. He produced these IRs at the Brainworx studio using 3 different ENGL cabinets, 9 different hi-end vintage and modern microphones all running through his NEVE VXS72 console (1 out of 9 consoles of this type which exist) and using outboard EQ from Millennia, SPL and elysia. The resulting tones, which would take tons of gear, time and expertise to achieve, can be selected from a simple menu inside the plugin.

The ENGL E765 plugin can even be used in a live context. Simply switch off the speaker simulation and play the ENGL amp plugin via a real power amp and a real guitar speaker cabinet and you'll think you're playing through a real amp.

The ENGL E765 plugin also includes some useful features not found on the original amp.

The built-in Noise Gate helps stifle the annoying hiss often generated when Gain Boost is engaged at very high gain levels. Channel 2's Tone button fattens up the sound in both Gain stages. It enriches the midrange frequencies, effectively doubling the number of basic sounds available to you in Channel 2. Another trademark ENGL feature is provided with a second master volume (Master A/B).

Download the full function 14-day demo (no dongle required!) to hear for yourself the lush and organic tones of the ENGL E765 RT.

Buy as part of the ENGL bundle and save 28%. PLUS get the bx_tuner for free.