Face Bender by Distorque is a Virtual Effect Audio Plugin. It functions as a VST Plugin. 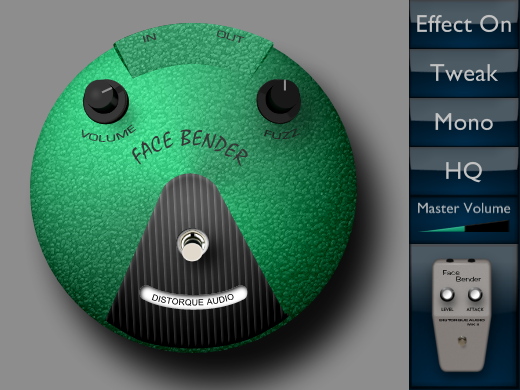 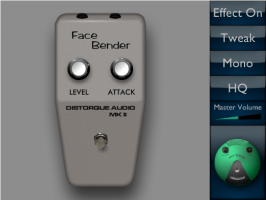 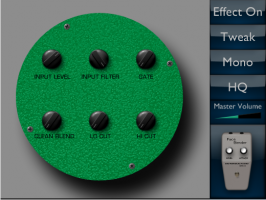 Face Bender is a VST emulation of a Fuzz Face and a Tonebender MKII. It has added controls for tweaking or for crafting your own fuzz tone.

The Fuzz Face was first made by Arbiter Electronics in 1966. It had a thick, fuzzy distortion and was made famous by artists like Jimi Hendrix, Eric Clapton, and David Gilmour. The Tone Bender MKII was also released in 1966, by Sola Sound. Compared to the Fuzz Face, it has a brighter, more distorted sound. As of v1.1, the Face Bender also emulates the silicon Fuzz Face of 1969.