Fretless Zither by Versilian Studios is a Virtual Instrument Audio Plugin. It functions as a VST Plugin and an Audio Units Plugin. 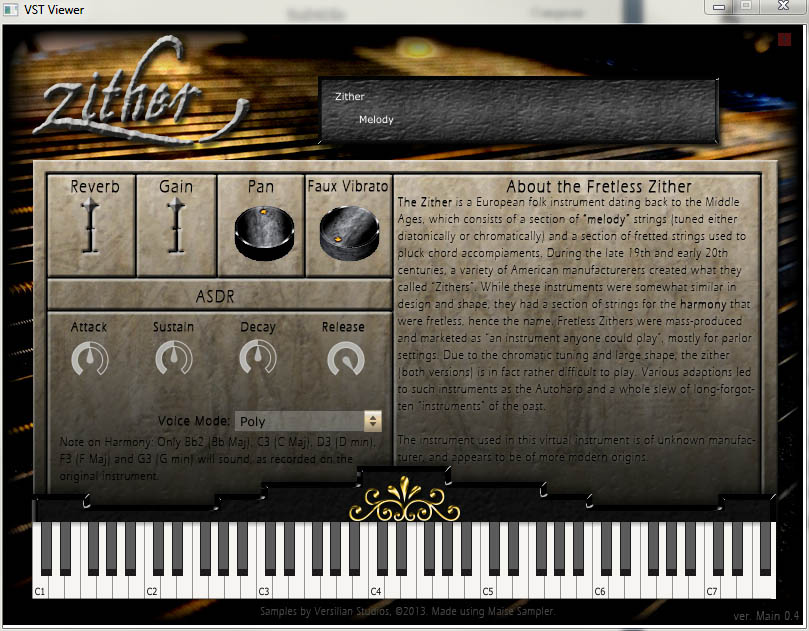 The fretless zither is a simple "parlor instrument" consisting of a sound box with strings going across the top and a sound hole in the middle. To the left is generally a section of "chord" strings, which, when a set of these is strummed with the finger, will play a certain chord. To the right is a chromatic scale, generally two octaves, which consist of the "melody" half.

A friend showed me this one while I was visiting and I was instantly enthralled by the instrument despite its poor shape and complete lack of tuning. I spent a day tuning it and recording some samples of the notes in a semi-studio setup. I compiled the samples I made into this basic fretless zither virtual instrument, using the Maize Sampler software.