Guqin by Sound Magic is a Virtual Instrument Audio Plugin for macOS and Windows. It functions as a VST Plugin and an Audio Units Plugin. 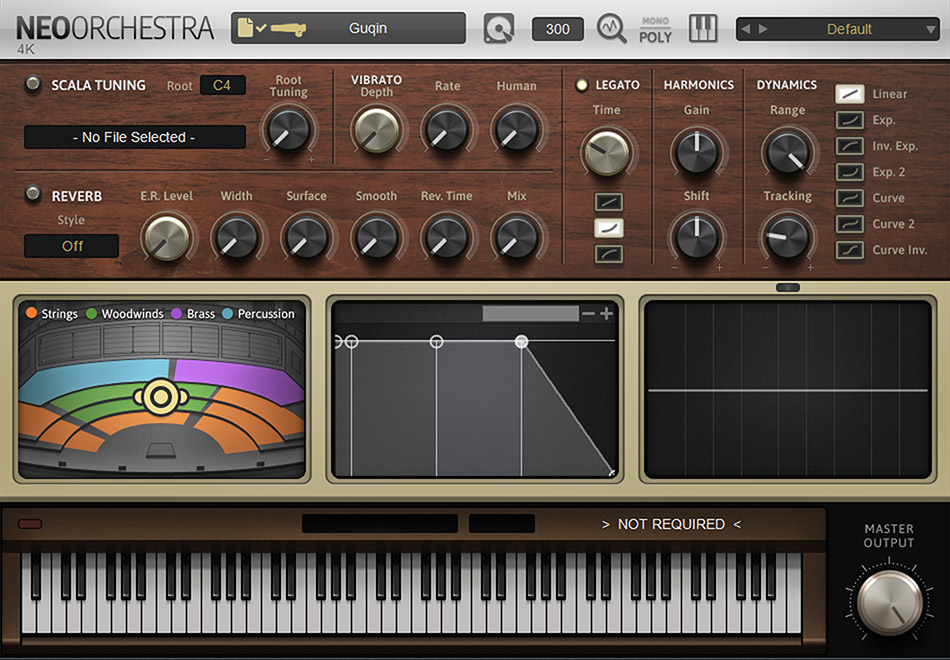 Guqin is a plucked seven-string Chinese musical instrument. It has been played since ancient times, and has traditionally been favoured by scholars and literati as an instrument of great subtlety and refinement, as highlighted by the quote "a gentleman does not part with his qin or se without good reason, "as well as being associated with the ancient Chinese philosopher Confucius. It is sometimes referred to by the Chinese as "the father of Chinese music" or "the instrument of the sages". The guqin is not to be confused with the guzheng, another Chinese long zither also without frets, but with moveable bridges under each string.

Guqin is one of the most difficult instruments to record because it's weak in dynamic and has more mechanical noises in close recordings. In order to get the best result, Sound Magic chooses a masterpiece from one of the most formidable qin manufacturers in Beijing. This Guqin is designed based on the famous Tang Qin dating from Tang Dynasty, which is 1200 years ago. And has a more impact, better in resonance and transparent sound than common Guqin. Finally, we got this priceless instrument into a virtual instrument.

Our Guqin Virtual Instrument is designed for simplicity; we make all technique possible finish in one track. With our unique performance key switch system. Which you can switch technique fluently and easily. Modeling technology also provides support for real-time interaction and change on sound. For example, you can smooth change from a plain sound to a full vibrato sound. That is difficult to achieve by sampling technology. And this adds more realistic to final sound.

AudioThing updates Type A to v1.2