Homegrown Electric Sitar by Homegrown Sounds is a Virtual Instrument Audio Plugin. It functions as a VST Plugin. 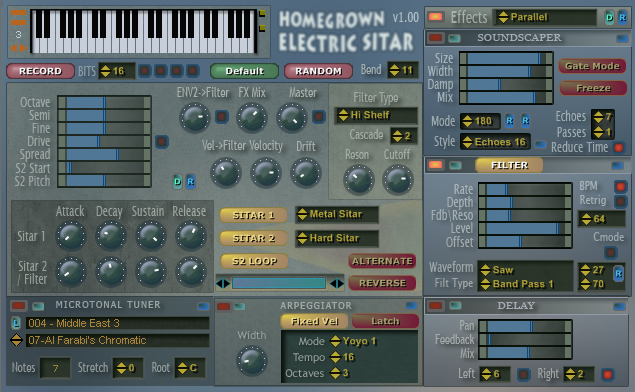 HG Electric Sitar is based on a multi-sampled Jerry Jones Electric Sitar, the modern day equivalent of the '60s Dan Electro, used by The Beatles and the Stones. There are 7 different sample sets, each containing at least 4 octaves of samples, one for each note. Any two sample sets can be used simultaneously to give plenty of flexibility for creating interesting Sitar based sounds and atmospheres.