Industrial Tones by MHC Synthesizers and Effects is a Virtual Instrument Audio Plugin. It functions as a VST Plugin and an Audio Units Plugin. 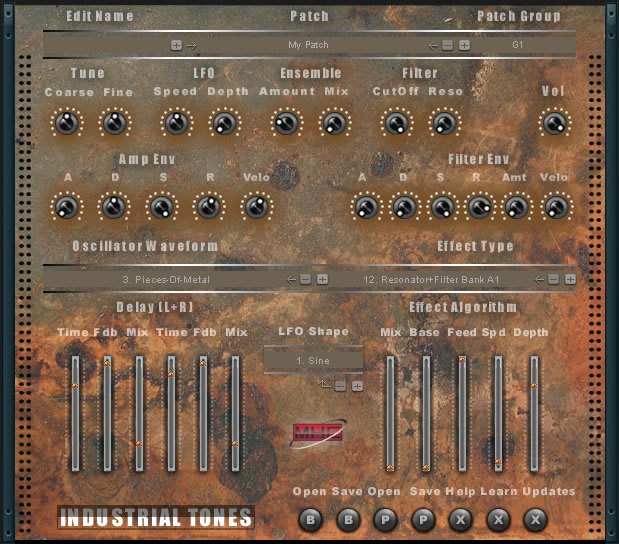 Industrial Tones is a synthesizer which plays an extensive set of industrial waveforms, processing these using a filter, envelopes, an LFO, an ensemble, delays and an effect section which features 133 different effect modes, including crossfading effects and layered effects.