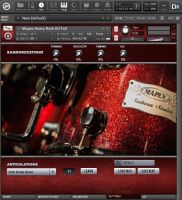 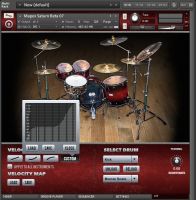 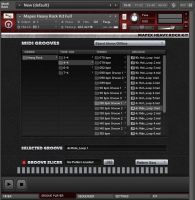 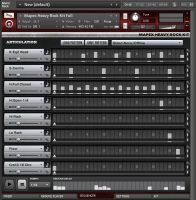 The Mapex Heavy Rock Kit - Kontakt 5 Pack is for all Native Instruments Kontakt 5 users. The pack comes with the latest version of the Drumdrops Kontakt Interface with new features including MIDI grooves, step sequencer and mic blend.

The Mapex Heavy Rock Kit is a monstrous sounding rock kit. The Mapex Saturn kit belongs to UK rock drummer Jason Bowld and is the kit he has used on all his recordings for the last five years for producers such as Andy Sneap, Romesh Dodangoda, Machine, Ulrich Wilde and Colin Richardson. This kit was also used to record the drum tracks album Heavy Rock Drops. What makes this kit special is it comes with three different Mapex snares and four different crash cymbals all carefully sampled in an incredible sounding live room.

Other key features included are:

The Kontakt Pack is available exclusively from the Drumdrops store costing $ 82.00. Users will need the latest version of Kontakt. Head over to the Drumdrops site find out more.