MegaMagic: Bells/Winds by PlugInGuru is Soundware (e.g. samples or presets that load into other products). 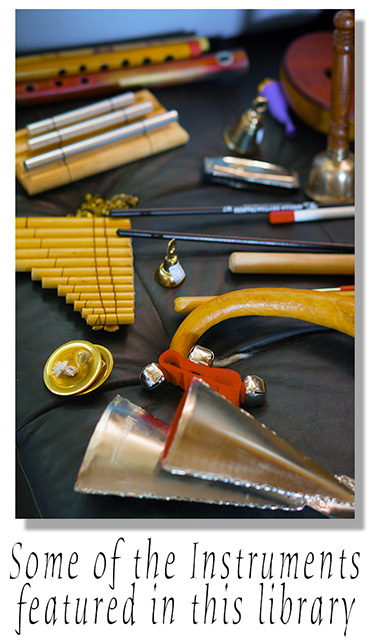 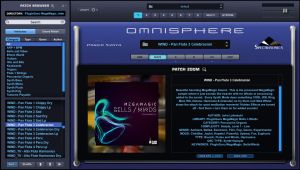 MegaMagic refers to the unique process John Lehmkuhl uses to create these sounds. Dry samples are put thru up to 4 unique reverb plug-ins plus UAD mastering effects to create samples that have the reverb "baked" into the samples for a unique sound that no other libraries presently offer.

This library contains 187 unique soundsources many where were created by the following instruments: Handbells, Cowbells, Finger Cymbals, bells made from 3 plug-ins at once, 2 Kalimbas, Harmonica, 4 flutes including pan flute and finally these performance solos, flute cycle breathing, ocarina, whistle and all sorts of unique samples by Steve for bonus. Some of these sounds have been used in major film and tv scores and now they are in this library.

The Patches come in "MegaMagic" flavoring with this unique long reverb recorded into the samples, Looped (almost every Soundsource) so you can play the sounds as PADS and a DRY for all of the sounds Steve Tavaglione or John Lehmkuhl recorded from acoustic instruments. As a cool side note: Each patch has every synth engine programmed to do something cool, but saved in the off setting. Additionally, there are 3 Insert Effects and 3 Common Effects that are set up but also saved in the off setting so that you can easily change these patches into totally new radically different sounds. Finally, the Modulation wheel is set up for varying the AMP Attack time for both realistic sound variations (move the wheel just a little) or radical changing fast attacks into pads or visa versa (mod wheel at max value).

As well as this CORE set of patches, John Lehmkuhl hired 6 other programmers to create PlugInGuru Signature patches for the library. These patches take the samples to radical territory including basses, keyboards, Textures and special effect sounds and more! The programmers have all released libraries at PlugInGuru.com and include AirWave, Casey Baldwin, Jason Schoepfer, Allen Polley, Mike Babbit and even John's assistant Franklin Taylor Harris contributed patches to this library. John Lehmkuhl of course also created bonus signature patches as well.

My KVR - Version Control & Lists
Not In Your MY KVR Groups
(or group limitation prevents versioning)
3 people have added MegaMagic: Bells/Winds to 2 My KVR groups 3 times
2 0 Favorites
+1 in private groups