Modern Folk Rock Kit - Kontakt Pack by Drumdrops is Soundware (e.g. samples or presets that load into other products). 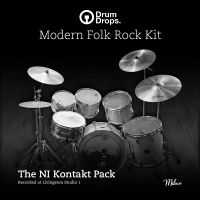 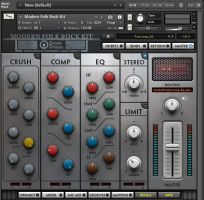 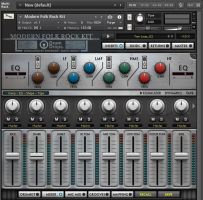 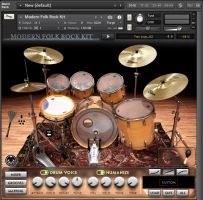 The Modern Folk Rock Kit - Kontakt 5 Pack is based around a 1980s Gretsch Kit owned by drummer Martyn Barker. It is perfect for getting a good modern Folk Rock sound. These samples were recorded and mixed by the legendary Phill Brown (John Martyn, Bob Marley, Rolling Stones, Talk Talk, Led Zeppelin). Like our Vintage Folk Rock Kit, This kit is in fact not just one kit but three kits in one as we have recorded the articulations with sticks, brushes and hotrods. However the main difference (apart from the kit) is the way it was recorded using close mic techniques rather than the five mic technique on the vintage kit.

You can see a walkthrough guide of the Kontakt Instrument {See video at top of page}.

The Kontakt 5 Pack of the Modern Folk Rock Kit is available exclusively from the Drumdrops store for £ 45.00. Head over here to find out more.