Nano Guitar Pack by App Sound is Soundware (e.g. samples or presets that load into other products). 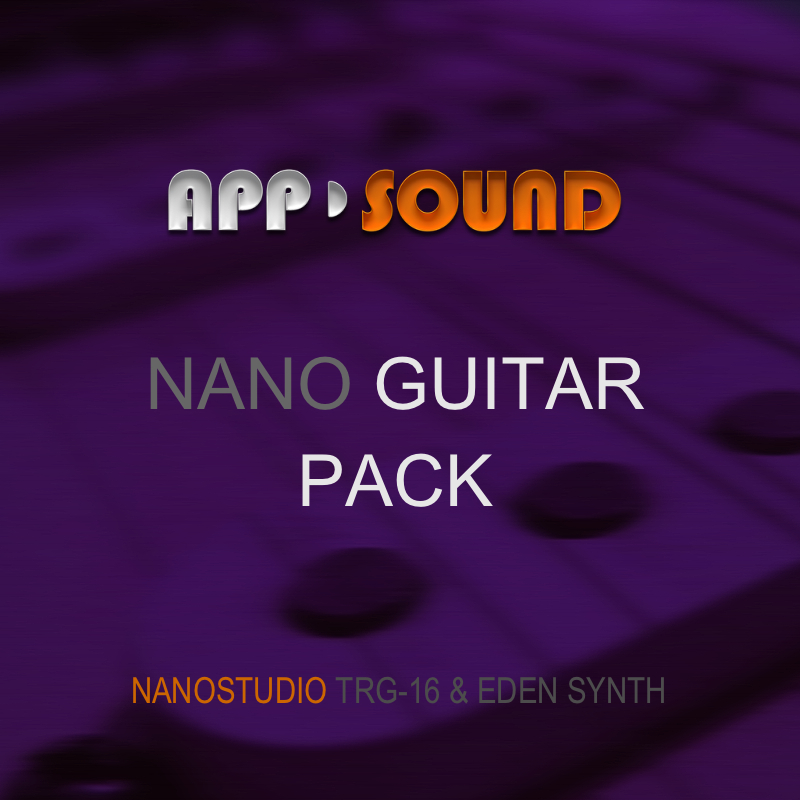 Nano Guitar Pack is a content bundle for NanoStudio (iOS/PC/Mac). Over 340 audio files can be loaded into TRG-16. A selection of the sample pool was used for making 64 new presets of Eden Synth. All the 17 projects (from 60 to 140 BPM), based on drum loops, guitar riffs and guitar effects, show how to start song producing with Nano Guitar Pack.

The concept: Electric Guitar meets Electronic Music. The guitar takes were optimized for music production in the mainstream styles of electronic and pop/rock music. The designed guitar sounds will inspire any producer. There are unique but useful sounds. To give you more freedom every guitar loop is offered ready-to-use with effects and also in a clean version (without amping or effect processing). The guitar, a real Fender Stratocaster, was played by German artist Hansi Kremer, pre-amped with TL Audio Processor and originally recorded in 24-bit.

The sample pack more than a simulation of a classic Fender guitar. It offers many fresh sounds and ways to work with its sample content. First of all, you will take the projects and reassign the samples inside TRG-16 and make your own songs. If you don't want to use the original riffs please select the 34 presets with sliced loops of the User Bank for Eden. Trigger, transpose and edit the loops to build your own guitar phrases.