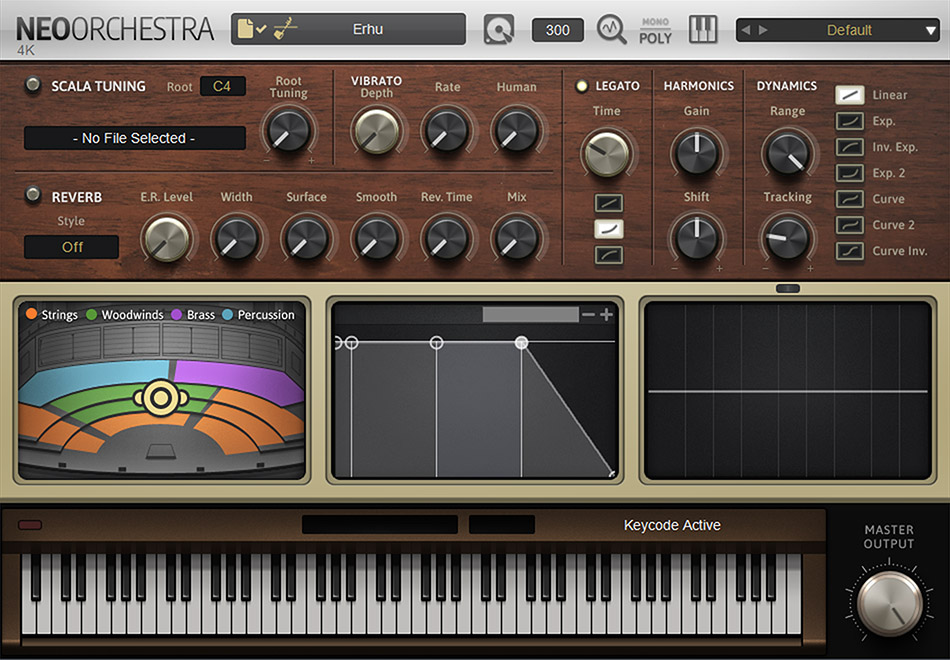 Neo Erhu has an enhanced dynamic range than traditional Erhu. So Neo Erhu will have more expressions across ppp to fff velocity. Together with enhanced higher octave sounds, Neo Erhu will not only produce a steadier high-frequency string sound in a full Chinese orchestra. but also can play more techniques and provides more possibility on sound.

We use Music Domain Synthesis to generate Neo Erhu original sound. Then we use Hybrid Modeling technology to represent it to musicians. This arrangement make it easier to make future improvements as both technology will keep developing.

Neo Erhu contains all techniques for Erhu, Zhong Hu, and Jin Hu. It can seamlessly change to any of them with just a preset. This ability makes Neo Erhu not only a new instrument, but also can be used to represent several traditional instruments. Users do not lose any compatibility when using Neo Erhu. This ability adds insurance to users as sometimes, a new creative thing may be at risk of losing the tradition; however, this is not the case for Neo Erhu.