Login / Register
My KVR0Updates
00 items | $0.00 CHECKOUT New
Plug-in Developer?
Search
Who are we in the KVR community in 2020?VOTE NOW
Official Dubstep Basslinesby

Official Dubstep Basslines by Prime Loops is Soundware (e.g. samples or presets that load into other products). 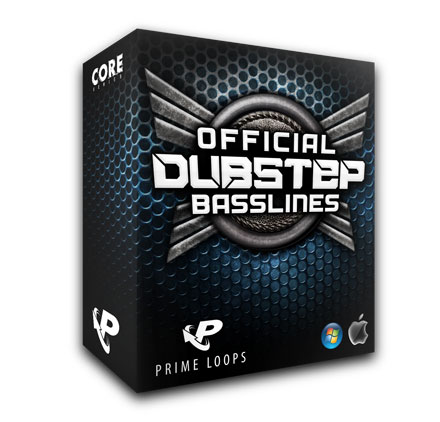 Demonstrate your authority with Official Dubstep Basslines, the fresh new bass loops and one-shots sample pack from #1 floorshakers Prime Loops. Command the respect of the Dubstep massive with this extensive bass sample library, containing all the genre defining sub attributes required to reign in the domain of that big phat wobble bass.

From Nero to Sub Focus, Rusko and Skrillex, the sound of Dubstep has catapulted from the urban underground to chart piercing prominence and conquered the minds of an entire generation. Capturing the definitive Dubstep sound, this pack presents over 100 carefully crafted loops with a turbulent soundscape of staggered soars, frenzied fuzz, disenchanted drones, galactic space-rays and demonic undertones, all sliced, sculpted and swelled to bloated bass perfection in an intense mélange of restless energy.

Weighing in at 180MB+ and ranging from 138 - 145BPM "Official Dubstep Basslines" packs all the phat you need in the form of bouncing basslines, wavering wobbles and savage synth loops to drag and drop into your mix, as well as 30+ authentic bass one-shots for advanced programming pleasure. As you can expect with every renowned Prime Loops product this sound pack comes to you in 24-bit high definition, pre-formatted for all major music hardware and software and totally free from any royalty or sample clearance hassle.

So step aside for "Official Dubstep Basslines", the high ranking, hard hitting leader of the pack. Whether you're fluent in the language of loops or a beginner in the business of bass, this authoritative collection of sonic superiority holds all the ability you require to dominate this disorderly genre.

Zero-G Inspiring Guitars for Kontakt 70% Off