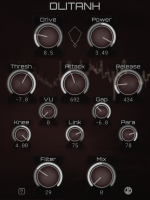 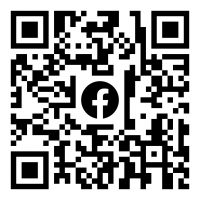 Olitanh by John Crosby Acoustics is a Virtual Effect Audio Plugin for macOS and Windows. It functions as an Audio Units Plugin and a VST 3 Plugin.
Product
Version
1.0.1
System Requirements
Metal
Product
Version
1.0.1
System Requirements
Metal
Tags
Tags:CompressorDistortionJohn Crosby AcousticsKVR Developer ChallengeKVRDCKVRDC21OlitanhStereo Bus CompressorStereo Enhancer
Effect
Formats
Copy Protection
None
My KVR - Groups, Versions, & More
17 KVR members have added Olitanh to 4 My KVR groups 23 times.
Not In Your MY KVR Groups
(or group limitation prevents versioning)
11 0 Favorites
6 0 I Own This
3 0 My Actual Studio
3 0 I Want This

Good for "warming up" bass instruments, guitars and vocals, or for "gluing" stereo mixes and groups.

From Left-Right stereo signal Mid and Side signals are also extracted, then each of the four channels passes through 8x Upsampler, Gain Reduction Unit, Tanh waveshaper, Level Detection Unit, Filter, Downsampler and than all four channels are mixed to Left and Right output.

Set the desired amount of peak limiting, harmonic generation or distortion (Drive). Change type of the distortion (Power). Control the distortion of loud notes (Threshold). Control the responsiveness of the compressor (Attack, Release, VU, Gap, Knee and Para). Enhance stereo image (Link). Darken the distorted part of the signal (Filter). Move Mix knob towards 0% in order to lessen the effect, to bring back some original dynamics or just to compare with the input signal. Move Mix knob to 150% in order to strengthen the effect and ease settings of the parameters. Mix 200% can be useful in parallel chains of processors, but in most cases Mix should be at 100%.

Olitanh was made using iPlug2 C++ framework, and it evolved from Oli Larkin's Oversampling Example. At first, it was just an exercise of adapting it from Mono to multichannel LRMS Stereo, but as I started to like its softness and was using it more and more in my daily productions, it deserved an upgrade. Power knob to bend the soft knee of Tanh curve. Filter knob to tame the highest harmonics and further decrease aliasing. The Compressor story. When I was excited about how versatile Olitanh became, it occurred to me that this would be just the right type of waveshaper to answer the common question: "Should I plug distortion after compressor or before?" As both answers have its own merits and its own flaws, the best of both worlds brings Olitanh - feedback compressor - where Compressor's Level Detection Unit monitors Distortion's output, but Compressor's Gain Reduction Unit reduces Distortion's input. Interdependent play of wave-shaping and envelope-shaping.

Very good compressor, one of top sounding ones. I measured signal distortion and this is one of best ones I ever seen including commercial ones in $300 price class.

It has very extensive CPU usage. You need to freeze any track with this plugin otherwise its no fun. If freezing is not a problem for you then get it.

i would also say that adding autogain and additional gain knobs would make this plugin more comfortable to use. also i'd like to suggest adding a lookahead knob. it's not clear what some of the parameters do, like VU and Gap. I know you explain that in the description but idk, I just don't get it. Maybe it would be cool to see a demonstrational video with some common usecases for those parameters. Apart from that I think it's really great and a lot of fun. The plugin has a unique character defined by the perculiar signal flow between the distortion unit and the compressor as well as some of the internal processors' artefacts. it can be used for subtle settings but it shines when you take it more closer to the extremes (considering you lower the gain afterwards ofc).

A rather good sounding compressor, but there are a few issues.

1. No make-up or output gain. I don't think I have to elaborate on why this is a problem for a comrpressor.

2. Oversampling is a CPU hog. And I think I know why.
2a. x8 is an overkill for a compressor.
2b. Judging by what is written in the description, it needlessly upsamples Mid and Side signal, which turns x8 oversampling into x16 CPU usage for no reason, as Mid-Side can be converted from Left-Right and back with no data loss at any point. After upsampling, for example.

So yeah, would like to use it, but can't use oversampling as it eats 50% of my CPU power and have to use a separate gain plugin after (and before too actually) this one to properly gain-stage.

Just wanted to ask something about Olitanh.

It seems like the compressor only works on the distorted signal. Is this how it is supposed to be?

I just think that the plug-in would be way more versatile if you could compress the signal without engaging any drive. The amount of driven signal you need to mix in for the compression to actually be audible is too much to be very useful. Otherwise, this seems like a very nice plug-in! If you could add the option to switch between only compressing the distorted signal and compressing the whole signal, this could probably be one of my favorites of the KVR Developer Challenge -21.

Thanks for asking. Yes, Olitanh is foremost distortion effect, with added benefit of compressor. But there is very little waveshaping if you set Drive to 0db (unless input signal is very hot, above 0dbFS) and with Threshold at -18db the compressor should kick in before any distortion happens.

One more question: do the attack and release values correspond to ms or something else? It would be good to know for fast workflow.