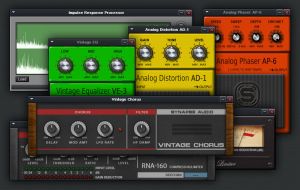 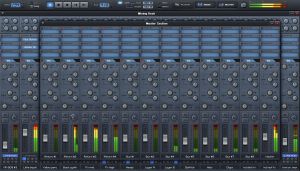 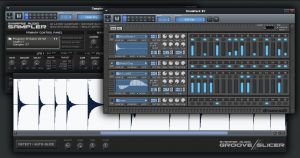 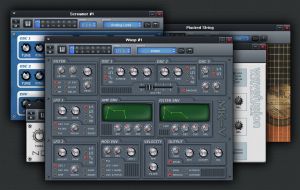 Orion by Synapse Audio is an Audio Plugin Host for Windows. It can host VST Plugins and DirectX Plugins. It supports ReWire.
Product
Version
8.6
Tags
Tags:Virtual StudioOrionSynapse Audio
Can Host
Instruments
Can Host
Effects
ReWire
Mixer Application
Copy Protection
Serial Number
My KVR - Groups, Versions, & More
66 KVR members have added Orion to 7 My KVR groups 86 times.
Not In Your MY KVR Groups
(or group limitation prevents versioning)
53 0 Favorites
16 0 I Own This
7 0 My Actual Studio
5 +1 I Want This
3 0 My Perfect Studio
+2 in private groups

Orion is a fully featured music creation and production environment. It includes a sequencer, mixer, instruments and effects, thus no extra software is required to produce any style of music.

Effects
A total of 43 effect plugins that span dynamic effects, delay, reverberation, distortion, filtering, vocoding, phasing, flanging and chorus are included in Orion. Additionally container effects are available, where multiple effects can be grouped together to form a new effect. Not only can effects be chained in parallel or in series, it is also possible to split effects into different frequency bands, allowing to create multiband effects such as a multiband compressors for instance. 3rd party VST and DX plugins are supported as well.

Arranging/Sequencing
Both pattern and track based sequencing is possible in Orion, depending on user preferences. Editing tools include a fully featured piano roll as well as step sequencers. Multiple MIDI in devices are supported to allow simultaneous recording into multiple tracks at once. For beginners, the alternate "Easy" mode greatly facilitates working with MIDI by always sending all MIDI data to the active generator window- no setup is necessary, and any instrument can be played right away via a connected MIDI keyboard.

Mixing/Mastering
Orion features an analog-style mixer with insert and send effects, a parametric EQ, multiple busses and effect return channels. Mixer channels are created and assigned automatically when new instruments are inserted into a project, allowing for a fast workflow.

Audio Recording
Up to 256 audio tracks can be used in Orion. New audio clips are added with a single click into the playlist. Multiple tracks can be recorded simultaneously using the ASIO interface.

Synapse Audio has discontinued Orion. It is no longer available for sale or download. So stated in their Forum post of July 1, 2016.

Orion 8 is my favorite DAW, for me the best DAW.

Mine too! I'm still using it with most pleasure.

Back in the day, Orion was going up against Ableton Live head to head and I was deciding on which host to choose and settled with Orion, because it was user friendly, yet professional for it's day. I also liked the classic style mixers and the large space for layout of VSTi's. And although a criticism of Orion by Computer Magazine was that you had to switch back and forth between the main view and piano roll, I liked it better that way because there was less clutter. The other main competitor back then was Fruity Loops, but I liked Orion's step sequencer better and that it had it's own built in Drum Rack. The other main competitor of course was Cubase, but I hated messing with MIDI. With Orion, you can load Kontakt for example and it will automatically set the MIDI parameters.

But sadly, Orion lies in the VST Host Museum of a bygone era. However, it still remains my main sequencer to this day. I use it alongside Cockos Reaper, which makes a great multi-track mixer. They really work well together.