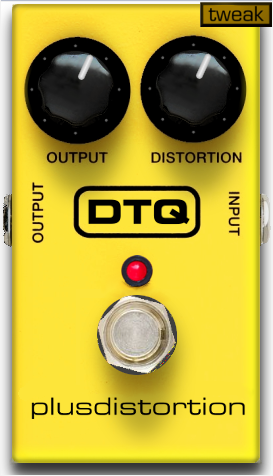 The Plusdistortion plug-in is an emulation of an MXR Distortion+. It has a wide range of distortion sounds from a little bit of dirt to a giant fuzz/crunch tone. It emulates the germanium diode clipping used in the Distortion+, as well as the lo-fi op amp and just about every other aspect of the circuit. Many parts of the effect are also tweakable, so you can craft your own D+ based distortion.

In addition to the normal distortion and output controls, the following controls have been added:

This one finally puts my "synth acid overdrive" search to an end! Thank you! It screeeeeeeeeaaaams!

I'd love a mac version. Any plans for that?