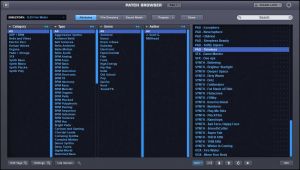 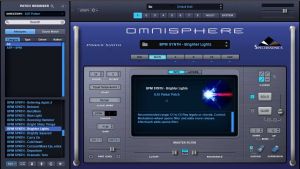 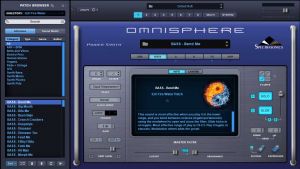 ILIO and MIDIhead teamed up again for their sixth patch collection release. As the name suggests, all of the 100+ sounds in PULSAR lock to tempo using Omnisphere 2's extensive menu of Arpeggiators, LFOs, Envelopes, and Effects. These original patches transcend genre, providing rhythmic energy to electronic, ambient, pop, EDM and film music. Nearly all of the sounds are generated using Omnisphere 2's DSP waveforms and vary in tone from aggressive to ethereal.

ILIO introduces a diverse new patch library for Spectrasonics Omnisphere 2.1 that is sure to bring out your inner synth dragon-master.

Every virtue has its vice, and every yin its yang. Music production should reflect this universal truth, according to J. Scott G. (formerly of Deepsky) and MIDIhead. Together they've produced a new patch library for Omnisphere 2 called "Fire Water." In it you'll find ripping synth basses, powerful and funky leads, lush pads, ethereal and epic poly synths, interesting fx and textures, vocoder sound bites, and BPM-locked movers.

As the name suggests, every patch ranges from overtly aggressive to warm and serene. Fire Water is a professional producer's toolbox of sounds that will help you construct any type of modern electronic music, from Drum and Bass to EDM to Film Score. Fire Water will take you from dark to light moods in a split second, and yield infinite options for blending them in new and unusual ways.

"There is a yin-yang balance and contrast with the sounds I use in composing electronic music. It's a painting that requires a diverse palette of sounds. For example, I may want to begin my piece with a serene intro and build to an intense climax, or I may layer a dirty bass line with a soft poly synth and lush pad. Fire Water gives you that palette. It allows you to achieve that ebb and flow in a feng shui kind of way," says MIDIhead.

J. Scott G. adds, "I love sounds that have a specific, but unconventional playability. For example, many of the distorted bass sounds I created are mono synths with massive amounts of portamento time. That allows me to bypass the pitch wheel and play bending notes with one hand while controlling the sonic texture via the modulation wheel with my other hand, all in real time."

Fire Water loads quickly and easily into Omnisphere 2.1 or higher. Each sound is optimized for use with your modulation wheel for real time control on stage or in the studio. Use The Orb for unexpected surprises.

Fire Water is an Omnisphere 2 patch library like no other. Download this inspiring new set of sounds now from your favorite music retailer or online from ILIO.

About The Sound Designers:

J. Scott G. (formerly of Deepsky) is an electronic music producer who has released countless original albums and singles, and has written original music with Adam Lambert, Jes and many others. He's also remixed artists such as Madonna, Seal, David Bowie, Paul Oakenfold, Johnny Cash, and Frank Sinatra (just to name a few). He's written music that has appeared in major motion pictures such as Bad Boys II, Tomb Raider, and The Art Of War; television shows like CSI and Buffy the Vampire Slayer; and numerous video games. He's also an accomplished music teacher on lynda.com.

Michael (MIDIhead) Babbitt is an electronic music producer and songwriter who's released an award-winning synthpop album and remixed songs from Kaskade and Late Night Alumni, has had original scores in movie trailers for The Matrix Reloaded, Silent Hill, and Mad Max-Fury Road, as well as television shows such as Dexter, CSI, Prison Break, Myth Busters, Miami Ink, America's Next Top Model (to name a few) and many remixes and original songs appeared in Konami's Dance, Dance, Revolution video game series. He's also produced all of ILIO's Omnisphere patch libraries.