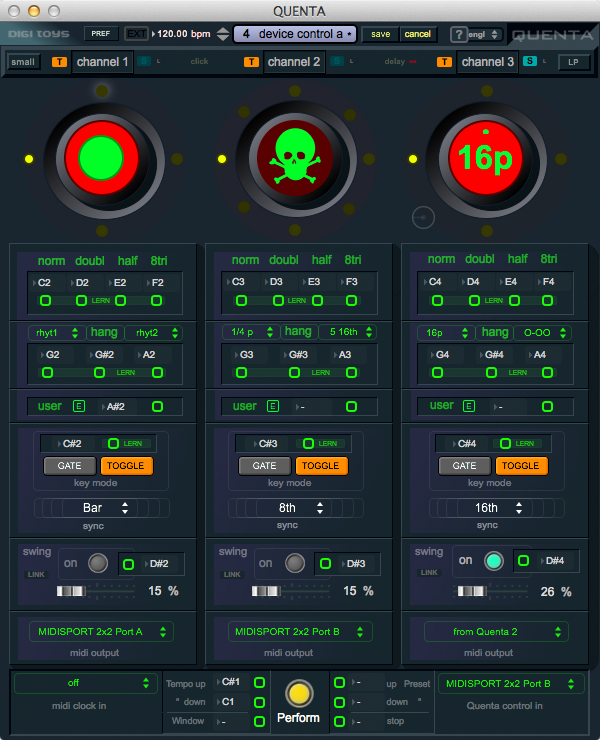 Quenta is a stand-alone MIDI clock software that provides three MIDI clock generators. Each clock channel can be started and stopped independently and all of them contain an adjustable sync raster to quantize the start point. The clock processor allows to send the clock with half time, with double time or as eighth triplet. Alternatively each clock can be modified by a clock pattern, which sends or blocks the clock stream in segments of 16th.

Quenta can be controlled via MIDI notes, which can be assigned through a MIDI learn function or the computer mouse and the keyboard. In addition you can use a Novation Launchpad to control Quenta.

The program can work in two general modes. In the studio mode Quenta works as MIDI clock slave and follows the song position pointer–the external machine playback can be controlled via note lengths in a DAW track. In the performance mode Quenta switches back and forth between clock master and -slave automatically, depending on receiving MIDI clock at the MIDI clock input port.