Sekvens by Noisebud is a Virtual Instrument Audio Plugin. It functions as a VST Plugin. 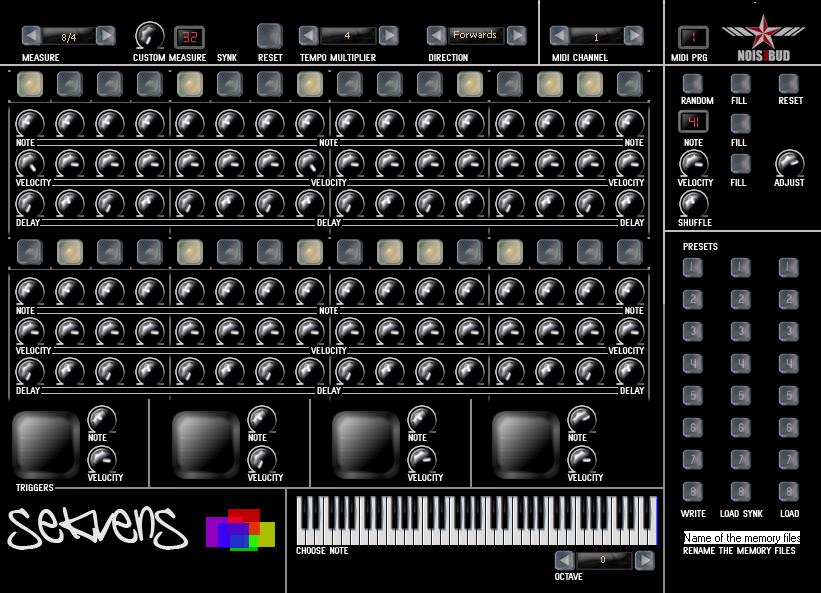 Sekvens is a sequencer with a few features that make it more fun and playable live. Noisebud created Sekvens because they couldn't find a sequencer that where good for jam sessions.

The most noticeable feature is the internal memory bank that save a sequence with the push of a button and later you can recall it with the push of another. No messy save dialog or menu, and you can map all save and load buttons to a MIDI controller. If you use Lemur or any other controller where you can create or have hundreds of buttons you'll get the same feeling as with an hardware sequencer.

This is an early Alpha release with some known bugs. Noisebud decided to release it as it is since they lack the time for the final changes. Read the PDF in the download package for more info about known bugs.

Can't seem to download this. Just get a page of text displayed.

Appreciate it if you let me know if there's a solution. bob bobwood.

For me the web page works perfectly well.

And the direct link to download the file is this:

Thanks BlackWinny, but I got it using the trick of saving the download link onto the wayback machine.

This after I had reported the problem to Noisebud and had a helpful reply, but would have had to wait until tomorrow for a result.