Login / Register
My KVR0Updates
00 items | $0.00 CHECKOUT New
Plug-in Developer?
Search
Who are we in the KVR community in 2020?VOTE NOW
SpectralDiffby

SpectralDiff by BlueLab | Audio Plugins is a Virtual Effect Audio Plugin. It functions as a VST Plugin, an Audio Units Plugin, a VST 3 Plugin and an AAX Plugin. 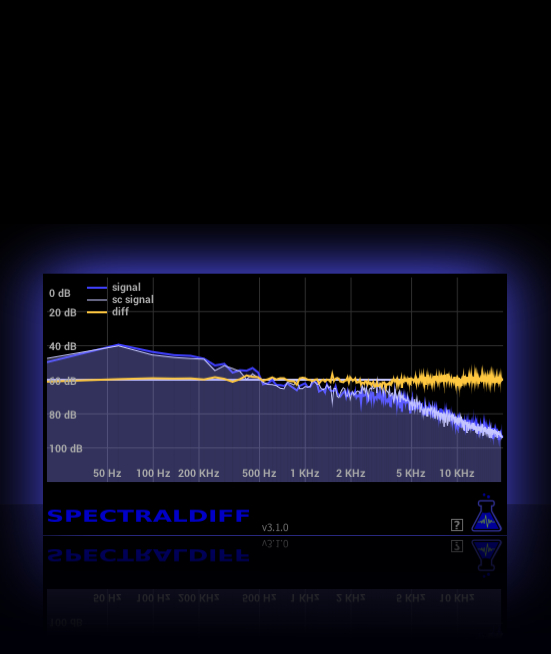 The SpectralDiff plugin detects if two audio files are identical or slightly different. For this purpose, it computes and displays as spectrum the difference between the two files during the playback. The difference is computed and updated in real-time, which means that the plugin detects if the two signals are identical at one point then are slightly different later on the track.

Comparing versions of audio tracks: if we didn't make the sound recording ourselves, and we receive several versions of each track to mix, we can check if some of the received tracks are identical.