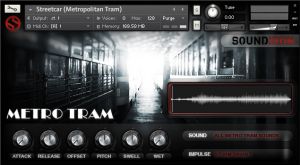 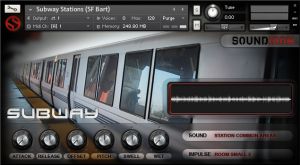 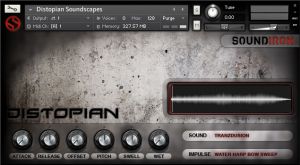 Subways & Streetcars is a sound library featuring field recorded sound effects and natural environmental soundscapes on and around a modern major metropolitan transit line and 3 different vintage early 20th century electric passenger streetcars. This 4.38 GB library is built for both sound designers and composers looking for new sound sources to explore and manipulate.

The library includes 3 different car models (Type A, B and C cars) on the San Francisco BART high speed rail system, capturing sounds from a variety of underground and surface lines. Trains are recorded at various speeds, track conditions and passenger densities, along with environmental ambiences in and around station facilities. There's also a classic urban metro rail unit from the Key System, an urban streetcar network that once served the East Bay until the 1950s. The third streetcar is an Interurban Combine from the Petaluma-Santa Rosa Railroad. This combination passenger/freight unit served as a link between communities around Marin County until the mid '30s. The last streetcar is a metropolitan tram from the '30s, originally from Melbourne, Australia.

There are also 35 distinct dark, dystopian rail atmospheres, pads, sound designed drones. Each one was built from and inspired by the source content for this library, to provide stylistically compatible moods and textures.

The sounds are standard wav files that can be used in any audio program, with clearly named files and folders to make navigation simple, with a standard .CSV file for database import into management tools like Filemaker Pro. In addition to the sound files, there are 8 master presets for use with Native Instruments' Kontakt, with a GUI for sound shaping and mixing, bank loading & unloading, and a selection of convolution impulses. http://soundiron.com/products/sfx-subways-streetcars: