Turbulence by Sinevibes is a Virtual Effect Audio Plugin. It functions as an Audio Units Plugin. 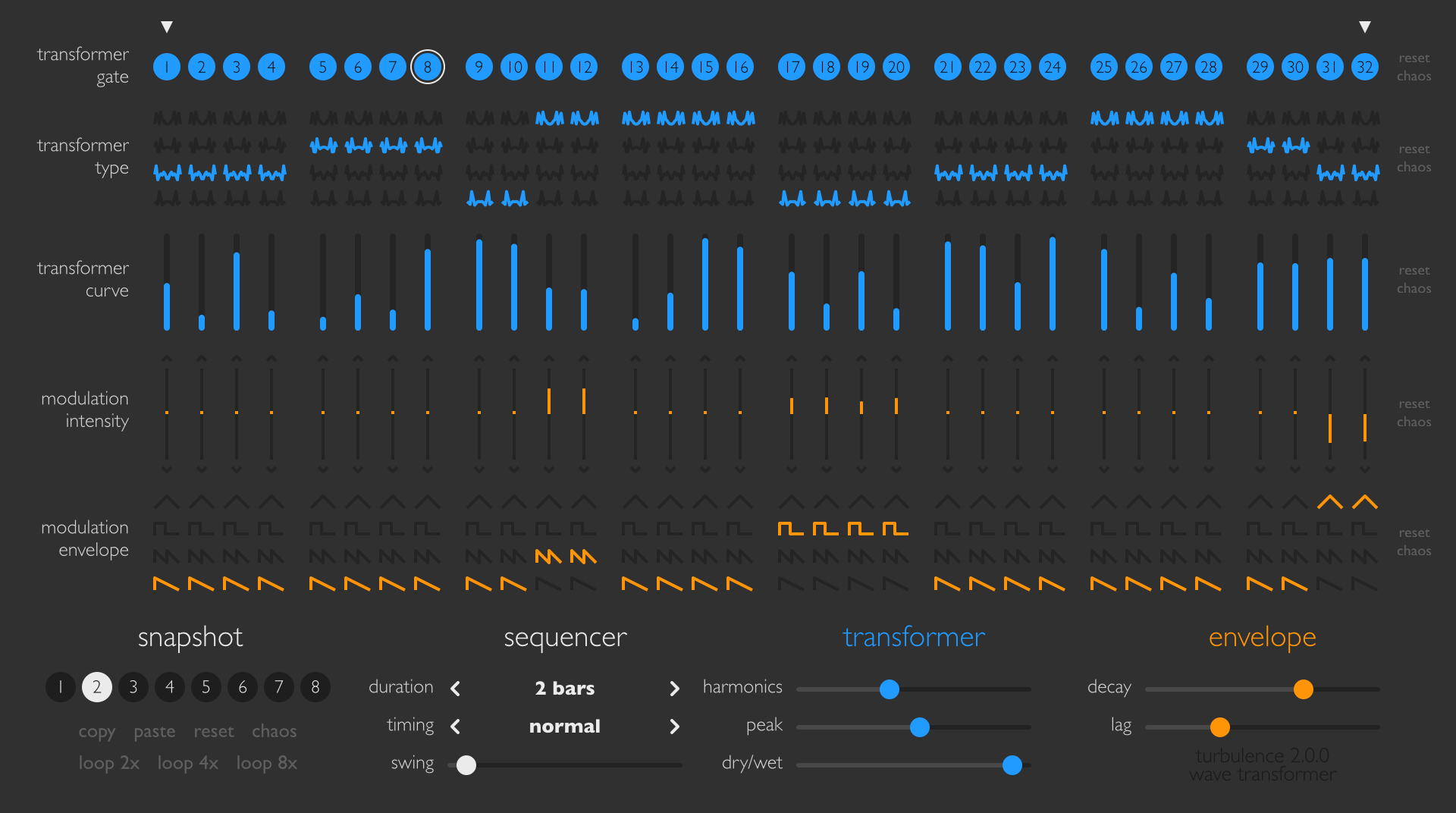 Turbulence is a unique distortion processor that literally "bends" and "curls" the input signal in real time, transforming it into completely new synthetic textures. Even the most basic waveforms instantly become rich sounds with great density and character. Almost all of Turbulence's parameters are animated by an extremely flexible sequencer with each of its 32 steps having individual transformer model, curve, modulation envelope – allowing easy creation of complex, lively rhythmic soundscapes. Turbulence can also store eight full snapshots of itself within a single preset, letting you switch them during performance or via host automation.

Controlling all of this technology is never hard thanks to Turbulence's clean and simple, colour-coded user interface. It is rendered by your Mac's graphics processor which means super-swift responsiveness and zero effect on audio performance. And with subtle animations of parameter changes, using Turbulence is always nothing but a pleasure.

2B Reverbed by 2B Played Music
Reverb
VST VST3