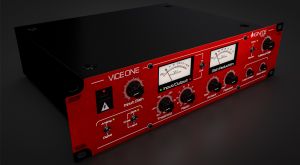 Being virtual analog means you can expect 'colouration' and added 'warmth' to your sound, hence Vice One is particularly well suited for use on drums, vocals and bass. Vice One works equally well on the master channel as a limiter/maximizer.