vintage disco kit - multi sample pack by Drumdrops is Soundware (e.g. samples or presets that load into other products). 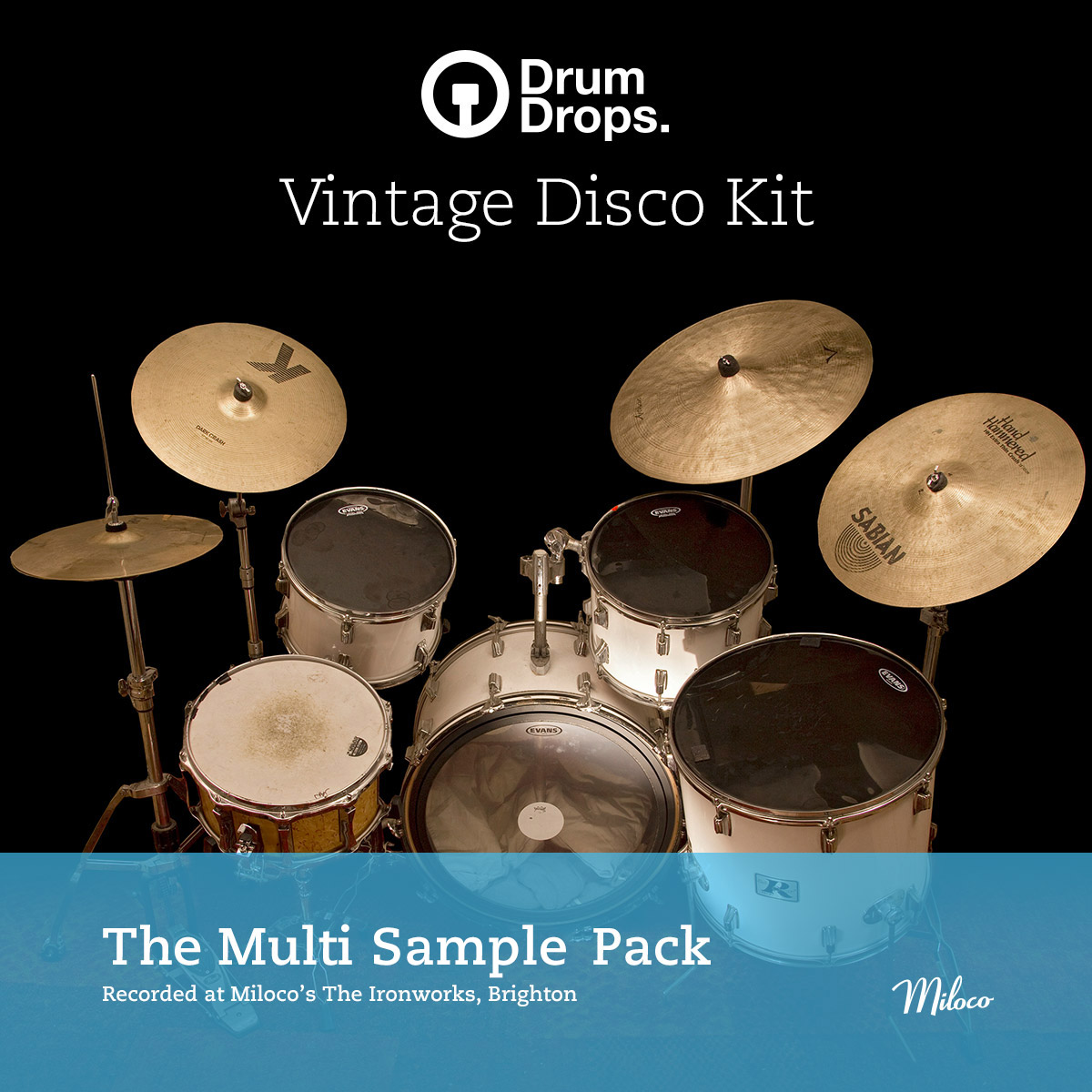 We all love the original Disco era, influenced by many and sampled 1000's of times. So what is it about the Disco sound that makes it so enticing ? For us at Drumdrops it would have to mean a fat low end from the kick but with a little hi end bite to cut through the four to the floor groove, a warm and rich snare to keep that beat focused that of course tonally mixes with a clap perfectly. Sweet yet fast sounding 15 inch hi hats for a classy open hi hat sound. All Toms low and dead ready for the supersonic fills and breakdowns neccesary to hype the dance floor into a frenzy.

Remo ebony ambassador and evans hydraulic heads for the ultiimate disco sound. Sister Sledge at your disposal. Gaffer taped, damped with dustcloths, tuned low and dead the disco sound is finally back. Recorded with a late 70s sound in mind in a nice tight recording room.

The "Multi-Sample Pack" is a sample pack containing mixed stereo samples of each articulation. We have included 24 velocities with 3 round robin variations and the pack totals 1743 drum samples. You can either use our built in patches or build your own, using the samples included. All of the samples are mixed from a combination of the close mics, room mics and overheads and recorded as 24-bit 44.1 kHz WAV files, meaning they can be loaded into almost any sampler or drum machine. We have also included 16-Bit samples for legacy compatibility. To make things easier we have included patches for some of the most commonly used software packages including:

The SFZ patch is a new path built by Kent Dawson and it has been tested with Plague Sforzando, Cakewalk SFZ and Linux Sampler. We hope to add SFZ patches to all our kits soon. We have also added a separate mic SFZ patch to the All Samples Pack version of this kit.

We also include 1300 MIDI Loops to this multi-sample pack, covering a variety of genres including over 100 disco loops. The loops are mapped to the default MIDI map.

The Multi-Sample Pack of the Vintage Disco Kit is available exclusively from the Drumdrops store for £ 22.00. Head over here to find out more.

If you want to purchase Disco Loops or multi-tracks then check the album Disco Drops here.