My KVR
Piano Plugin by Embertone
$39
at embertone.com
DetailsSwitch Section 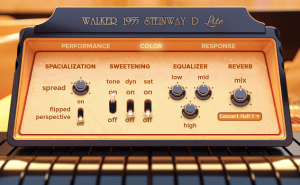 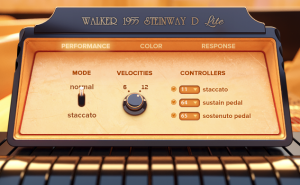 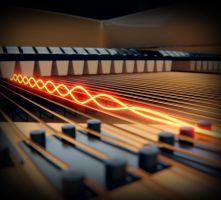 Embertone's flagship piano VI is a unique 9' Steinway Model D built in 1955 which made its way to a beautiful rural private concert hall in Raleigh, North Carolina. The Model D is a renowned model - one that an overwhelming number of professional pianists around the world prefer. This epic instrument has its impressive reputation due to it's beautiful tone and highly responsive action, providing a powerful level of musical expression.

The owner of the concert hall, John Walker, is a brilliant software engineer who pioneered the idea of "re-performance" with his company Zenph. Zenph developed a way to analyze old recordings in order to create live re-performances of them. Along with the help of Sony recording engineers, they were able to capture and reproduce every nuance of performances by some of the greatest pianists in the world, including Glenn Gould, Oscar Peterson, and Rachmaninoff. Although Mr. Walker is no longer involved with Zenph, he still houses a collection of one-of-a-kind pianos in his personal music hall, and holds regular performances at his home.

Because this instrument is equipped with a proprietary system for re-performance, Embertone was able to capture an incredible amount of sample content: 36 velocities on every note for each combination of pedals totaling 13,000 samples. The Lite version is a scaled down set, featuring 12 velocities of sustain and sans pedal samples (no una corda)

Additionally, Embertone captured more than 10,000 discreet samples at various lengths, implemented in two of exciting features: Adaptive Releases, which triggers authentic recordings upon note release based on held length. And True Shorts, which allows you to play real staccato samples in real-time without having to use any extra keyswitches or controls. Users also have the option to play only the dedicated set of real staccato samples, with all of the subtle mechanical sounds and intricate instrument resonances built right in.

The full version of the instrument offers every pedal combination at 36 velocities per note, along with the option to purchase additional microphone positions for $15 each. If you decide to purchase ALL the mic positions and the full instrument at once, there is a 20% discount for doing s. ($149)

The Lite version has a smaller sample set, featuring only the Sans Pedal and Sustain Pedal samples at 12 velocities per note. (It's worth mentioning that 1955 Steinway D Lite does not feature additional mic positions). For more information about the differences between versions, see the comparison chart on our website.