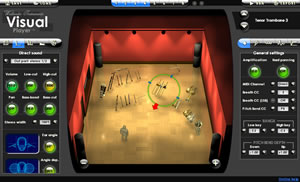 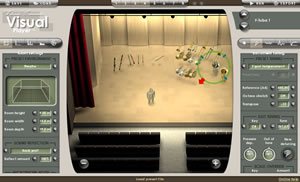 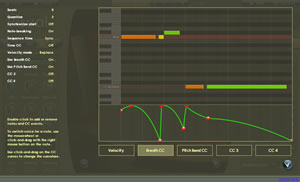 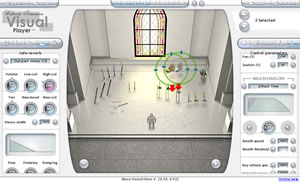 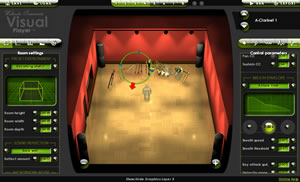 Average user rating of 4.00 from 2 reviews
Read all reviews Add A Review

2 0
WiVi instruments are the ultimate proof that samples are slowly but surely getting obsolete. Gone are the days when 500GB hard disk and 2GB of RAM wasn't sufficient for running a full symphonic orchestra. Well, that's not entirely true yet, but it is true for brass and woodwinds. The rest of the instruments are still waiting to be released. ATM, I have the full WiVi brass and the flutes from the woodwinds.

It has been criticized that especially the flutes lack the detail one can hear for example in VSL samples but what WiVi lacks in detail, it makes up for in performance. Everything is automatable via midi CC's and the real-time control and access to fine nuances of the performance that earlier were only available for the player of an acoustic instrument make any sample set sound dull and lifeless in comparison. It deserves to be mentioned as well that also the currently available instruments are being actively developed and updates are to be expected. The strain WiVi places on CPU and RAM is practically negligible. According to WiVi promotional information, a modern system should be easily able to handle at least 500 instruments. Care to try that with samples?

Currently WiVi features two main playing modes. There is the monophonic mode, which in practice behaves like an analog mono synth. One can play trills by moving one finger only, for example. The big innovation here is the polyphonic mode, however. It allows you to determine which instruments play which notes in situations you happen to play more than one key at a time. What this means in practice is that if you load 4 French Horns and play a chord you still hear 4 Horns, each playing the voice you want. With samples one would either have to load 4 single instruments to achieve this, or just accept the fact that on chords the section gets multiplied by the amount of voices played.

Another great innovation here is the GUI which allows one to position the instruments on a virtual stage and determine the listeners location in the audience. Or you can place everything all over the hall if you so desire. The built-in reverb is good enough for most applications, but there's also a special Dry Output mode for those wishing to utilize separate convolution reverbs. In some occasions I would wish there were more than 3 stereo outputs, however. Whether this will be addressed in the Player Application update promised for early 2008 is still uncertain.

The WiVi is very playable out-of-the-box but allows one to go VERY deep if one is so inclined. In that case a steep learning curve is to be expected but it's well worth the trouble. Soundwise WiVi can do both big symphonic sound or small studio sound or anything in between. There is no manual supplied with the product but the online manual is very comprehensive. I for one would like a .pdf manual, though.

Regardless of style, these get my absolute highest recommendations!Read Review

5 0
At last, realistic sounding trumpets. Seriously, I've not heard anything as convincing as the WIVI trumpets (I have EWQLSO Gold and Garritan Jazz & Big Band, and WIVI easily outplays both in the respective styles through its shear expressiveness. All transitions and expression changes are extremely smooth and take the full timbre of a real trumpet, from ppp to fff. The mutes are good too, with a full range being represented, including a really good plunger. The sound is somewhat better through the room reverbs that are available than completely dry (it offers reverbs of church and concert hall on the wet side, studios on the dry side, or completely bypassed). There are some minor artifacts in the un-effected sound (ie, when using no reverb at all), but your trumpet section, real, sampled or in this case synthesized, needs an environment to sound like a trumpet anyway, so I don't see this as a big deal. The studio reverbs are good for commercial/jazz playing, the halls, churches are good for classical) I play the WIVI with a Yamaha BC3 breath controller. Control data is incredibly smooth and sensitive. You can really create a real performance with WIVI and a breath controller. I am a trumpet player, but setting up a good recording environment at home is just impractical. WIVI plays like a real horn and sounds like one. I'm a real sceptic when it comes to synthesizing real instruments, but this is truly exceptional. Thoroughly recommended.Read Review