I did a quick track (ambient with lots of reverb, without drums, sorry), but i need to polish a few things before finishing it.

In FL Studio I've tried to make an automation in the resonance knob, but when i do, FL Studio freezes and closes, could anyone check it, please? Pressing the "multilink to controller" button and then try to move resonance knob. I don't know if it's only me, or it's a general bug.

Thanks, and see you soon.

Welcome back after the long time

Thx for using my presets

Yeah SM is great but … so many variations I find it hard to come down on parameter settings I like. So, this time I passed and went with my goto Oril River … next time will be different I'm sure … 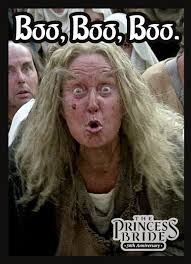 You should be using Dragonfly reverb. And Supermassive. All other reverbs are now illegal, like marijuana in the US.
Top

How about MCharmVerb ? You should check that beast.
Top

You should be using Dragonfly reverb. And Supermassive. All other reverbs are now illegal, like marijuana in the US.

Oh man, I was just gonna do a quick track with this thing, but I'm so sorry having to report that it totally craps down my system. For unknown reasons it starts to suck away all my CPU powers and I can't reasonably play anything. Maybe I should try the old version, because I don't remember it being so dramatically bad (I mean regarding processing demands - denormals?).

...or have I missed yet another update?

Anyway, this is how far I got, already hardly hearing what I was making:
https://soundcloud.com/taronium/tricent ... d6sIvpa6CC
Taron.de || Soundcloud
Top

When I made a track with ToneZ, 70% of the sound was frozen there; it didn't even process some individual tracks) Well, there is an extreme case...
It's strange, though. I get a CPU load of around 3-5% per instance, our computers can't be that different.
The site" CJCity " has Tricent mk III v1.0.3. This is probably the oldest version that can be found.
Top

I still have 1.0.1 around, I think. Anyway, may be my Asio here, which is more sensitive that the normal MM drivers, but they're so slow...bad latency. Maybe I'll try that tomorrow, see how that works. I mean, I did virtually all my tracks with the bad latency and Asio is a new thing for me. So, yeah... we shall see! Thanks, IV!

I always had ASIO...) I always write tracks "live" from a midi-keyboard, and I don't know how to work with a large latency))) I can advise you to open the ASIO Panel and try to find a balance between speed and quality (I want to hear your track

Me too. Was sounding good.
https://soundcloud.com/infinitetelemachy
Top

Full Bucket
KVRian
682 posts since 25 May, 2010 from Hessisch Uganda, Germany

please make sure to get the latest Tricent version 1.0.5 from my website:

Although no previous version should have any problems with latency nor denormals, I have good reasons to release new updates.

Hey Björn, my favorite dev, well this one has some trouble, though. I speculate denormals, because it tends to freak out after sounds have released. No idea, if there is some special Asio behavior that pops up on these cheap, onboard audio solutions from Realtek. Not impossible.
Anyway, whatever it is, it clearly shows that it doesn't have to be, because in one moment it has no issue handling any number of sounds in polyphony for more than a few cycles, but then after a few moments it just loses its cool.

I hit PANIC, to get temporary relief, which can last up to 20 seconds or so...occasionally longer. I totally can't tell you what it is exactly.
Taron.de || Soundcloud
Top

I always had ASIO...) I always write tracks "live" from a midi-keyboard, and I don't know how to work with a large latency))) I can advise you to open the ASIO Panel and try to find a balance between speed and quality (I want to hear your track

Ugh, I haven't had any latency issues for a long time, but I worked with bad latency for years, and I still have to offset the MIDI because my timing is premature.

No problems with CPU here - on the contrary, I'm constantly amazed at how lightweight all the Full Bucket synths are. I had almost 60 instances running this month, and the performance monitor barely lifted an eyebrow! (to be fair, I just got a fresh batch of GHz and RAM, though

Empirical Labs Arousor - 1/4th off for the Fourth

Plughugger offers 60% off “Distorted Evolution 5: Hits & Booms” for Omnisphere and 50% off “Nanopolarity” for Pigments 2