So, still too far off to give any kind of ETA. 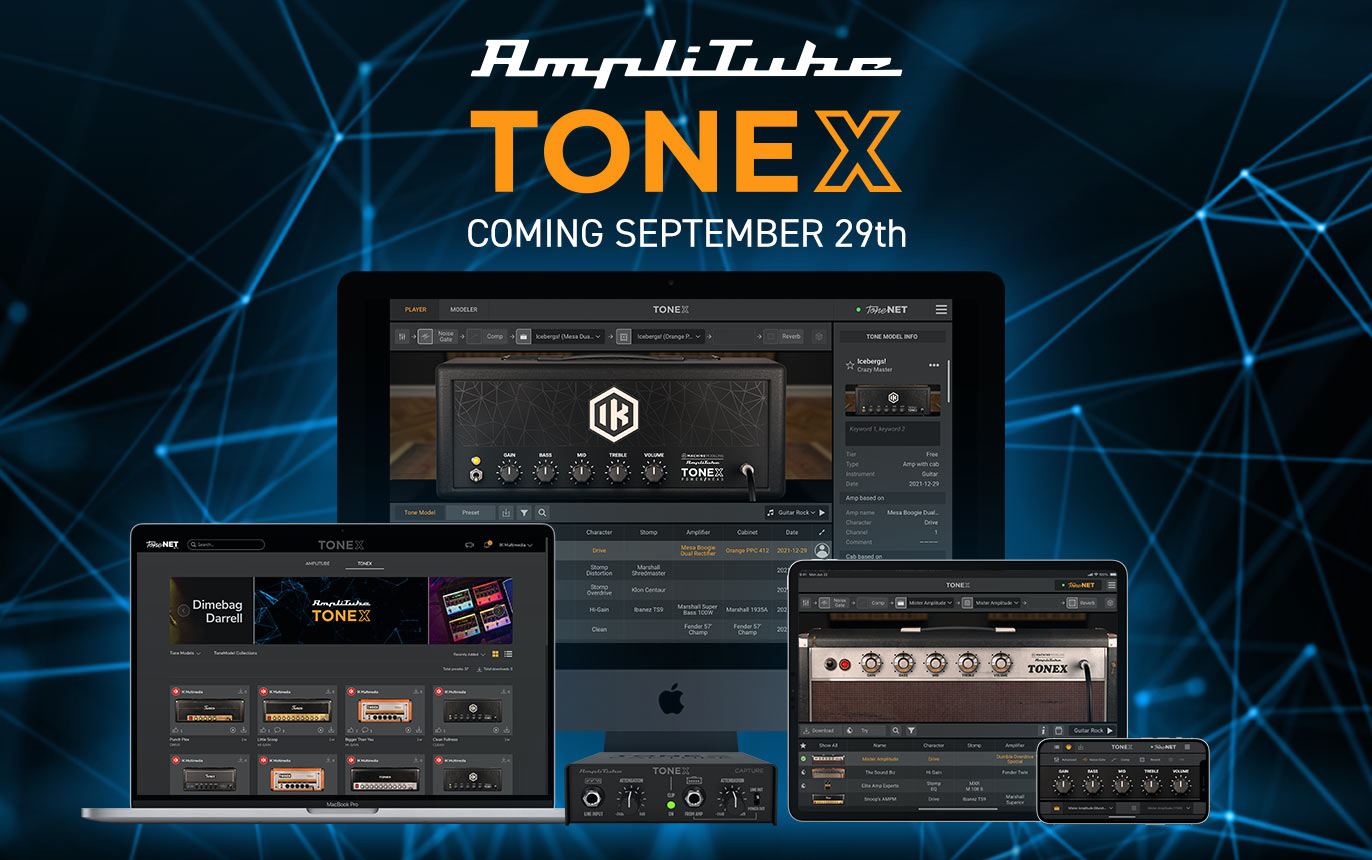 at last, the count down begins.
Top

I went with Tonex Capture, is it shipping on the 29th or are you guys proactively getting them out quicker since of course all the "other" versions will 100% be out on the 29nth? Plus will I be able to download the software or is there a hardware punishment? i.e. a serial in the box I have to wait for.
Top

I had no doubts they would start using AI buzz word at some point, just like everybody else these days.

It would be nice if they used AI to put those 999.999 files per plugin into one.

It is no measure of health to be well adjusted to a profoundly sick society. - Jiddu Krishnamurti
Top

I've come across as much AS (artificial stupidity) as I have AI.

No, the stupidity is real.
THIS MUSIC HAS BEEN MIXED TO BE PLAYED LOUD SO TURN IT UP
Top

I won't be upgrading to TONEX for now. There are other things that need to be taken care of first. I'll grab it in a year or so when I have the setup that I want. Right now theres no need for it. Already got Amplitube 5 standard to cover any essentials. I think many are just holding on to AT5 not just because it is impractical to change workflows but also financial reasons.
Little Black Dog - 2008-Present
Top

It would be a wise move to hold on to AmpliTube 5 even if one purchases TONEX because they are different products and you can use the TONEX Tone Models inside AmpliTube 5 alongside the gear you are already using there.

A recap I believe I posted here but definitely posted elsewhere that might explain the differences and also why they work together well:


AmpliTube and TONEX are two different products using different technologies: AmpliTube is made using analog modeling technology while TONEX uses a new technology called AI machine modeling ( https://www.amplitube.com/ai ). While analog modeling simulates the behavior of the whole circuit of the amp - with all the knobs, switches, buttons and their interactions - AI machine modeling gives an ultra-realistic simulation of the rig with a specific knob settings. So it's not that one technology is "better" than the other, it depends of what the final user's needs are: full editing and customization versus accuracy in getting a specific sound. Using them together gives of course the best of both worlds and a super-powerful amp-sim system.

The two products are also different because AmpliTube can simulate the entire set up used in guitar recording (multiple serial and parallel rigs combining amps, all type of stomp effects, post effects, cabinets and microphones, etc.. with full editing down to the single gear), while TONEX is dedicated to simulates just amp, cabinets and certain type of pedals (distortions, overdrive, fuzz, EQ, boost) in each of their combinations. However TONEX can be used inside AmpliTube, as a sub-system of amps and pedals, again to have the best of both worlds.

I'll wait for when AmpliTube gives ultra-realistic simulation of the rig with full editing and customization.

They could replace each VIR cab/mic impulse with a ML model of the same right now.
That would rid AmpliTube of the veiled/filtered effect that is inherent in IR.
THIS MUSIC HAS BEEN MIXED TO BE PLAYED LOUD SO TURN IT UP
Top

VIR is also built into TONEX as an option as well because they sound excellent and are well-regarded. Why would we replace all of those (though we do have plenty of Tone Models that include the cabs we have, so you can also choose to use those instead of substituting with VIR). The TONEX Player video shows this pretty clearly.

Edit - also AmpliTube 5 and TONEX are clearly different products with different technologies and strengths, I reposted the explanation above. TONEX is not meant to "replace" AmpliTube 5 in any way, shape or form.
Total Studio 3.5 MAX
AmpliTube 5
Top

Peter, what I'm suggesting is to replace each mic position IR with an equivalent AI model of the miked cab in that position. Using IK's mic robot, do the whole process again for every mic position, but using the TONEX modeler to capture the isolated cab's tone model at that position. AmpliTube's cab section would look and work exactly the same as it does now, but the foundation of the cab modeling would be AI models instead of IRs. Instead of VIR, it could be VAI. What guitarist doesn't want to sound like VAI?

I suggest this because AI Machine Modeling could capture the dynamics of the vibrating speaker cone and apply it without any artifacts, which static IRs cannot. I think it would remove the harsh veil (which is the Achilles' heel of all IR systems.)

VIR may be "excellent and are well-regarded" by some, but IK shouldn't rest on your laurels. There's always room for progress and improvement, and replacing 20th century static IR tech with 21st century dynamic AI tech is an obvious one.
THIS MUSIC HAS BEEN MIXED TO BE PLAYED LOUD SO TURN IT UP
Top

[edit] it arrived early, yes it looks like you can download the software when you get the hardware!]

Luckily enough my shipment of Capture is supposed to arrive this Monday, so early, and again hopefully it's not a matter where I can't download the software until it's released.
Top

Give us a screen shot of your account where it shows you can download TONEX.
Top
377 posts