These new versions bring many improvements, including a new presets browser with search capabilities, two new built-in plug-ins, full MIDI I/O support for VST3, several third party plug-ins hosting enhancements and much more (see details below)! It's a recommended free update for all! 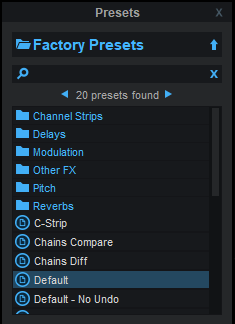 As usual, the update can be downloaded from the same location as the original full version (link received by email upon purchase). And for new customers, the MB-7 Mixer plug-in is exceptionally on sale (23% off) until July 10th.

What's New for PatchWork:
- Plug-in bypass and editor buttons can now be clicked on the entire button area (not just the icon).
- Fixed dry/wet mix knob only mixing left channel in mono to stereo configurations.