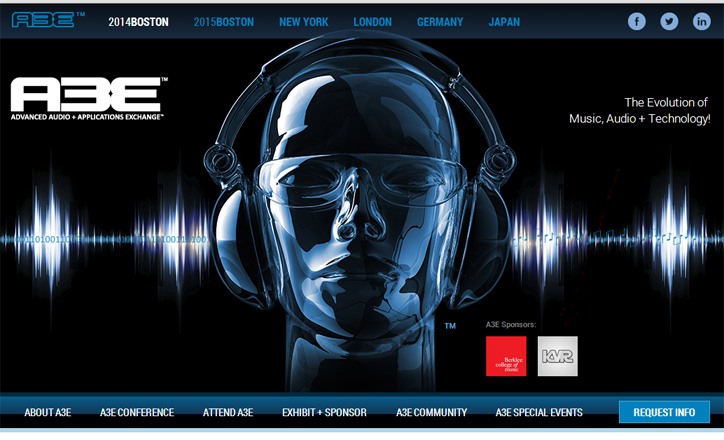 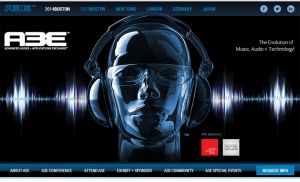 Where would musicians, recording engineers, and producers be in 2014 without software? It is at the center of every music making process from songwriting to post-production.

At the same time it's not as easy as it should be to be a software developer or customer. Developers and customers are both threatened by piracy and software discounting. Developers are threatened for obvious reasons. Discounting means less revenue and increased maintenance means more expense that doesn't translate to increased sales. The less obvious threat is to musicians that use the products. If software developers make less they have less resource to communicate with and provide support for their customer and invest in making new things. Think about it - would ProTools, Performer, Cubase, and Live be what they were today if the initial price point for a DAW had been set at $5.99?

Enter Paul Sitar and Doug DeAngelis, who are investing their time and money in a new event designed to stimulate increased communication between developers and their customers. The Advanced Audio + Application Exchange (A3E) will take place September 23-24 in Boston Massachusetts. It is an effort that is both timely and critical for our industry. There are a lot of people who agree on this point. The event has the full backing of the city of Boston and the State of Massachusetts. 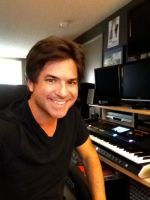 Doug DeAngelis started his career at a Boston studio that was originally owned by The Cars during his years as a Music Synthesis major at Berklee College of Music. He engineered and programmed a wide variety of artists ranging from Nine Inch Nails to New Kids On The Block. In 1999, he moved to Hollywood to focus on music for television and film. Eventually he was hired by Michael Mann to score a series called Robbery Homicide Division, and since then he has scored or directed the music for over 200 shows.

Paul Sitar was formally educated in business and as a commercial pilot from an aeronautical university. After a decade as an aerospace underwriter and certified flight instructor, he jumped into creating and launching information technology focused tradeshows and conferences covering music and technology, film and technology, healthcare and technology, the internet and electronic commerce, cyber terrorism and critical infrastructure protection, and enterprise IT security.

How did you guys meet?

Doug and I met in 1999 through a mutual friend. I had launched a new tradeshow management company, with its first event focused on music and technology convergence, specifically related to artists and the impact of the internet, digital distribution and interactive instruments and technologies. I think our first conversation actually took place on a Connecticut train stop/platform, and I instantly knew he passionate and shared my view that technology was transforming the music industry and creative process. We have been collaborating and friends ever since.

What was the genesis of the idea to put A3E together?

Paul had the idea for A3E ten years ago. When we regrouped in 2012, I felt that there was a huge need for an event that centered around audio developers and their immense impact on the sound of records, film scores, video games, tablets, phones, and every other form of media. Their work is a core component in any audio professional's daily work, and yet there was no dedicated event to bring the community together and explore the future through their eyes.

Paul appreciated the concept and felt that it would be a much deeper event if we brought together the complete ecosystem of Artists, Audio Developers, and Tech Manufacturers. His vision was to create an "exchange" of information to foster business ideas, development skills, futuristic production and performance techniques, integration of new technology between companies, and forward thinking business and marketing strategies to monetize new innovations.

We have had an enormously positive reaction on the concept from companies across the spectrum, and we feel very confident that with the help of our A3E Advisory Board we have put together an event that will become very important over the coming years.

How will A3E be different from other events like NAMM, AES, Apple WWDC, etc.?

First and foremost we are dedicated to connecting artists and audio professionals with audio developers. This is a time tested relationship that has spawned innovation at the highest level over the years: Ray Kurzweil & Stevie Wonder as a classic example. Contemporary music production and entire genres of music might never have existed if it weren't for these two geniuses crossing paths and exchanging information. That is the essence of A3E and what separates it from everything. Each component of the A3E ecosystem Artist, Developer and Manufacturer bring something essential to the exchange and we recognize that we need to have them all in one place, and we need to stimulate the face to face connection and interaction that will spawn the next groundbreaking technology.

Second is the fact that A3E is pure audio innovation, as opposed to other events where audio is one small component of a bigger event. This is a two day, big thinking event, where the brightest minds in the audio world will keynote the event and offer macro views of what is ahead and how we all need to prepare ourselves for the impact of Artificial Intelligence, the Integration of Cloud Technology, and power of new Mobile Music Platforms changing the landscape of the industry. Following these visionary keynotes, A3E dives deep into these critical topics in three separate educational tracks specialized for our three parts of our ecosystem:

Third, and possibly most important, A3E is designed to stimulate collaboration between independent audio developers and top companies in the field. We have programs like the A3E Developers Lounge, which connects developers with companies looking to hire new people, or with specific projects they need to outsource. It also stimulates the connection between artists and developers through panels and clinics where their unique vision and skills will spawn new concepts and new workflows right at A3E. The program is designed from top to bottom to be experiential and actionable so everyone walks away with new tangible knowledge for their daily workflow.

Why should a plug-in developer care?

After spending time manufacturing authentication software and working with developers, I saw first-hand the importance of developer's needing the help of other developers, the resources of the companies and platforms they were integrating with, as well as the need for forums (whether online or in person) to allow them to network in order to develop world class applications.

A3E is dedicated to high level education of their craft, both technically and from a business and marketing perspective. It will foster face to face meeting time with leading hardware and software manufacturers and distributors from around the world, as well as industry press from leading worldwide music and audio publications. This is the first event focused on furthering their career in every capacity.

Why should a musician care?

The mission of A3E is to create a challenging and dynamic event where top audio and music professionals find themselves feeling awestruck and compelled to incorporate the latest technology into their art and their daily work.

I personally get very frustrated when I travel to an event and the level of education is not what was advertised. A3E will deliver above and beyond that expectation with comprehensive discussions and production clinics on the integration of mobile and touch screen technologies in studio and live performance, collaboration with leading audio developers and tools to create your own applications, endorsement opportunities with industry leading manufacturers and developers.

The role of an audio professional is changing rapidly with technologies like Artificial Intelligence embedded in the products, and I think it is critical for anyone expecting to make a living in our business to look into the future and prepare ourselves to compete at the highest level possible.

What do you need to achieve to feel like it has been success?

I wish I could record every meeting, and every call, and every discussion that we have had since launching A3E, and telling people about its focus and mission. The genuine excitement, passion and support for what we are creating, well, I feel we have already achieved success.

The A3E Advisory Board, the A3E participating companies and the speakers and moderators are world class and offer such insight and diversity, again I feel very proud that they have come on board with A3E.

True success for me will be the ability to walk away on the evening of September 24th knowing that the A3E target communities of audio developers, musicians and audio professionals and the music instrument and technology manufacturers all felt value and excitement after being at A3E and are looking forward to next year.

New relationships formed that are as important as Ray and Stevie, new tools that revolutionizes creativity the way sampling did, steps toward creating a more stable economic landscape where music tech companies can thrive and new innovations will have the funding and support they require to succeed, and seeing the birth of new ways to work more efficiently through technology. I think putting the brightest minds together in one place is all it will take.