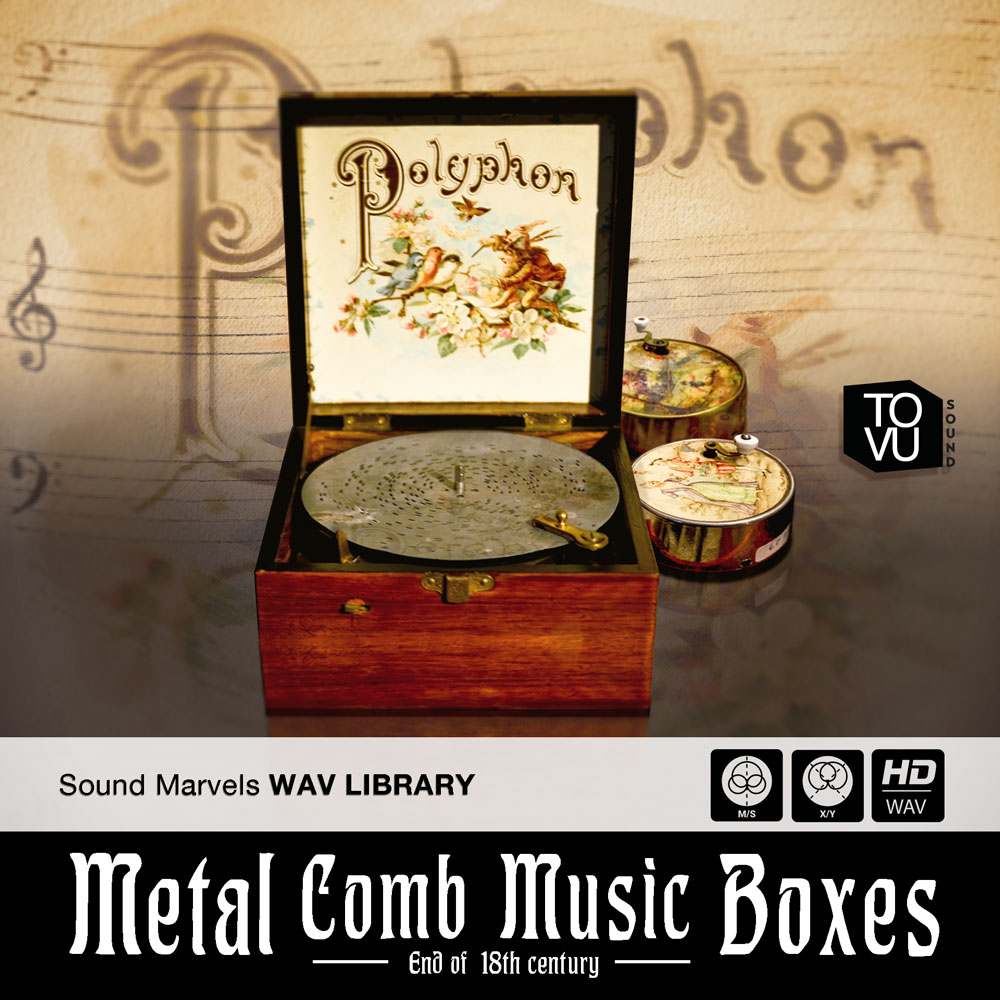 A worldwide unique recording of metal comb music boxes for royalty-free use in films, series and other media productions. Over 12 GB HD Quality recordings up to 24-bit/192kHz in Stereo X/Y and M/S.

Metal Comb Music Boxes
Music boxes – are mechanical musical instruments that play without human influence (disc – music box) and those in which the human being provides the drive (rotating organ) or influences the playing by hand gear (electric piano).

A foundation for the later mechanical and mass production of mechanical music equipment was the introduction of the metal comb. The invention is generally attributed to the Geneva watchmaker Antoine Favre, who is said to have created the first musical works with this sound generator specially developed for mechanical musical instruments in 1796.

The principle is very simple: a steel plate is cut several times so that tongues of different lengths are produced. The comb is screwed to a solid bridge, which transmits the vibrations of the tongues to a wooden soundboard.
The tongues are hit by the pins of a brass roller that runs directly past the tines.

Sound Marvels | Metal Comb Music Boxes
Lovingly assembled over decades, the Jacobi Collection is one of the most extraordinary of its kind. Let your heart beat faster and immerse yourself in the fascinating world of music boxes.

13 Music Boxes
From the Symphonion, the Polyphon the little Britain Salon Piano to the tiny hand-operated piano, everything is there.

Up to 4 Variations
Open, closed, padded or not. For each use in your project you will find the right source material immediately.