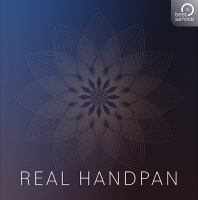 Despite the fact that the Handpan was first introduced in early 2000, it has become one of the best-known percussive instruments of the modern era. Based on the Caribbean Steel Drums and the Indian Ghatam, the Handpan offers a distinctive sound that will enhance your virtual instruments collection.

The realistic sounding virtual instrument, featuring various playing styles, was created in cooperation with handpan pioneer Wolfgang Ohmer. Thanks to his experience, the unique sonic character of the handpan was captured in full detail.

The sampled instrument is in the key of D minor (Kurd 9), accordingly the percussive sounds are predominantly in the key of D, while all basic playing techniques such as sustain can be played chromatically. In addition to an accurately sampled instrument, the library offers switchable pad sounds, modulation options and effects for creating stunning soundscapes.

Real Handpan contains the most important playing techniques to compose incredibly realistic melodic and rhythmic passages, triggered by keyswitches. Thanks to many years of experience as a Handpan player, Wolfgang Ohmer understands how to use the special sound characteristics of the instrument to its full potential. With up to 57 velocity groups per key, Real Handpan reproduces them in great detail: 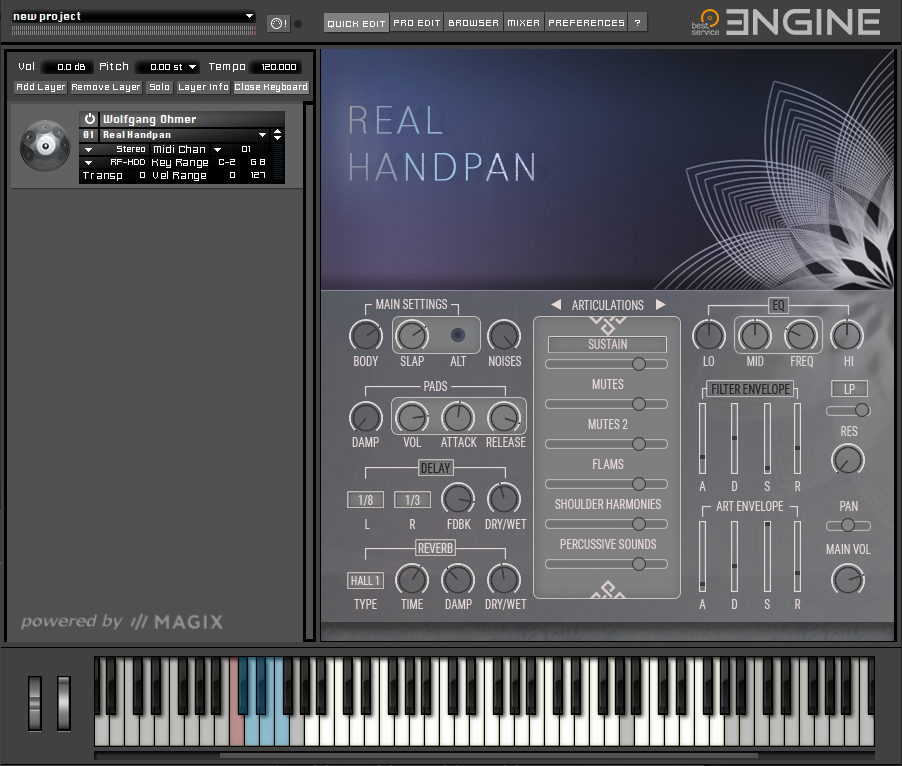 The pad section is made up of 6 pad sounds specially tuned to the handpan, these can be blended individually or in combination with the original sound. This allows you to quickly create a background atmosphere that accompanies the melodies and harmonies being played. The first three pads are created using the handpan itself, while pads 4 to 6 are based on synthesis:

Thanks to built-in effects and modulation controls, Real Handpan includes powerful tools for sound design. Create exciting ambiences using the delay, filter, EQ and reverb and change the sound of the Handpan with just a few clicks. In addition, you can change the envelope of all pads globally and also control the main envelope of the articulations. There are no limits to your imagination here.

Wolfgang Ohmer works as a composer and multi-instrumentalist in various projects from pop, ambient to world music. Since acquiring his first handpan (PANArt-Hang) in 2011, his compositions mainly focus on handpan sounds. He has released several albums and EPs.