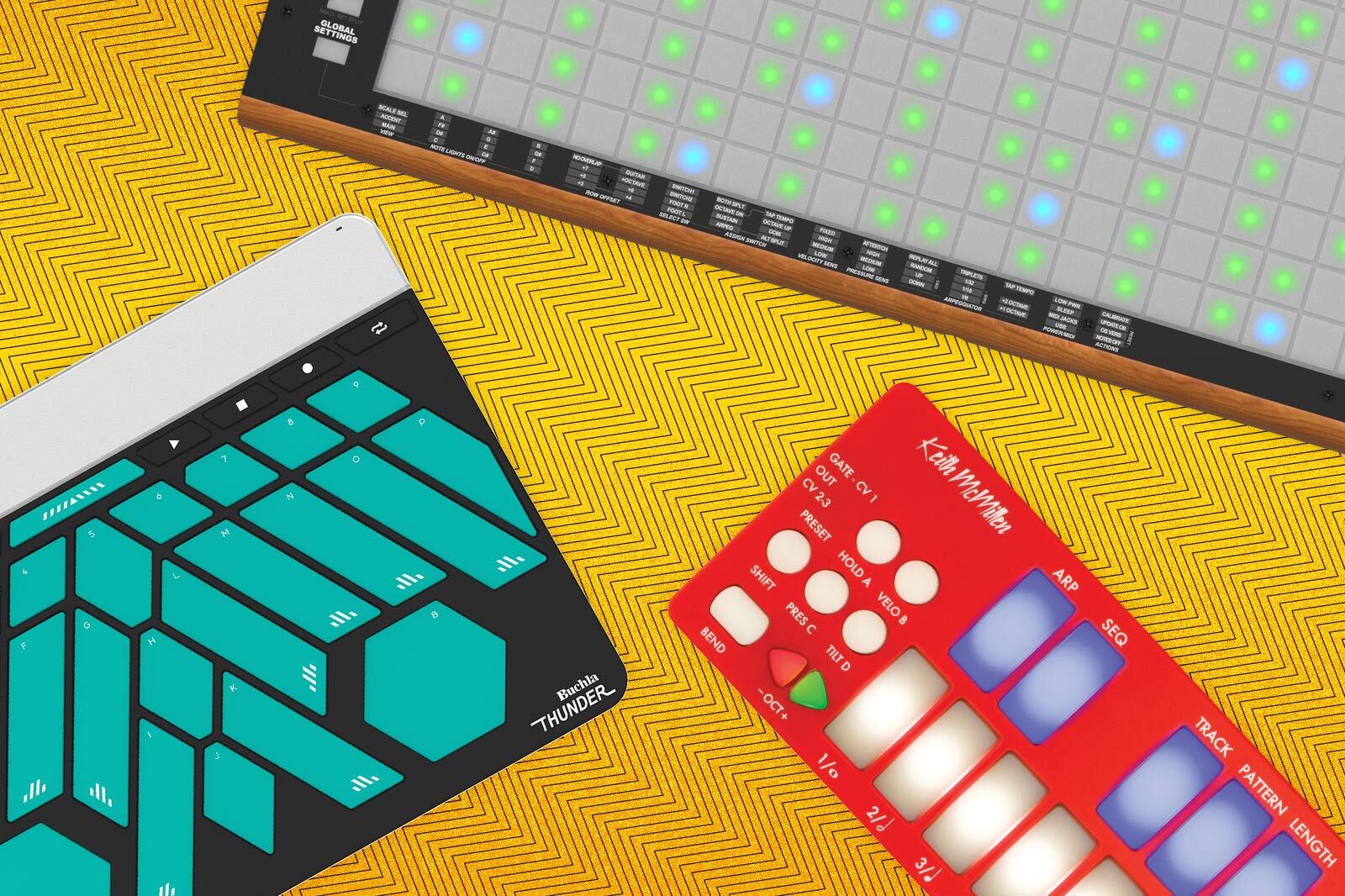 Need an MPE controller? Check out these 5 inspiring instruments

If you're active in the music production sphere, odds are that you've heard about MPE (MIDI Polyphonic Expression) —over the last few years, it's caused quite a buzz. Even if you haven't used it before, you likely have a basic understanding: MPE is an extension of the standard MIDI protocol that represents expanded opportunity for expressive electronic music production and performance.

In its first few years, MPE was slow to catch on. Thankfully, that is different now—since its official adoption into the MIDI specification, its features have been standardized and even more software and hardware companies are starting to take advantage of its unique expressive potential. And now that MPE support is built into most major electronic production-oriented DAWs (including Ableton Live, Bitwig Studio, Apple Logic Pro, and more), we can expect to hear it cropping up in forward-thinking music from here on out.

What is MPE Good For?

Despite everything that it makes possible, MIDI isn't without its shortcomings. MPE was developed to allow finer control of sounds on a per-note basis—but what does that mean?

Imagine, for instance, what happens when you use a standard MIDI keyboard controller, hold a chord, and use the pitch bend wheel. On most instruments (virtual or otherwise), this will result in all notes bending equally. The same is true of other controls, too: if you turn your synth or VST's cutoff frequency control, for instance, it will adjust the filter settings for every voice at once. This isn't exactly a problem per se—but what if you could adjust those settings independently for every note that you're playing? What if one note could bend up while another bends down...and what if the filter on one voice could open while another closes?

Perhaps you can already imagine what this might mean: this would open up endless new territory for sound design. By increasing the independence between each individual note, basic realities of how we play synthesizers could be upended entirely, allowing us to achieve sounds and textures that previously would have been extremely difficult to accomplish.

Of course, you might also be able to imagine how much of a challenge this could be. If we have an eight-voice synth that only has a single pitch bend wheel and a single knob for each variable aspect of the sound, how could we possible achieve this level of control? Well, that's where MPE comes in.

How Does MPE Work?

MPE uses specialized controllers in order to map physical gestures to different aspects of sound on a per-note basis. By extracting the CC data used to automate parameters directly from the same physical touch that produces the note itself, it allows you to sidestep the problems described above—ultimately allowing for a fluid playing experience where you are able to change multiple aspects of a sound through a single physical touch. Some musicians describe this as feeling similar to the experience of playing an acoustic instrument—but by extending gestural control to electronic sounds, we can venture into completely new, unexplored sonic territory.

So one important thing that this means: in order to fully explore MPE's capabilities, you'll need a few things:

1) You'll need a synth or DAW+plugin combo that allows for MPE control.

While MPE is becoming more common—again, it's a standard feature of Ableton, Logic, Bitwig, and many soft synths/plugins/apps/standalone music applications—it still isn't a feature you'll find on every instrument or controller. Consult the specs of your synths, DAW, and preferred plugins for compatibility—but for the rest of this article, we'd like to offer some recommendations specifically for controllers to get you up and running.

Looking to get the most out of your MPE controller? Check out a huge selection of MPE enabled software in the KVR Marketplace 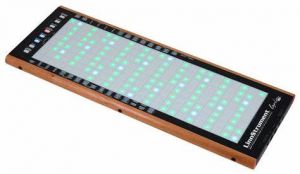 Roger Linn Design's LinnStrument was the original MPE controller. It uses a large number of touch pads arranged in a grid—either 200 pads on the full-size LinnStrument or 128 pads on the smaller LinnStrument 128. Each pad is capable of detecting the five standard forms of MPE touch: strike velocity, release velocity, X-axis movement, Y-axis movement, and key pressure. Each key also features RGB LED backlighting, making it easy to keep track of the pitches you're playing.

By default, the pads are set up so that each row is tuned a fourth higher than the row below it—a familiar layout for guitarists or bassists. However, one of LinnStrument's most outstanding characteristics is that it is highly customizable: it features multiple note layouts, a built-in arpeggiator and step sequencer, modes for CC slider behavior, and countless other options for user customization. If you're looking for a high-end, sensitive, and immediately expressive playing interface, then LinnStrument is one of the best controllers out there. 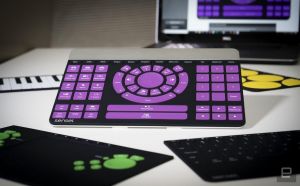 Sensel's Morph is another crowd favorite MPE controller that offers its own unique take on touch interaction. The Morph itself is a thin, tablet-sized continuous touch surface with astounding resolution and remarkable force sensitivity—but its brilliance lies in its use of exchangeable silicone overlays.

The Morph's magnetic silicone overlays allow you to change its behavior at a moment's notice: just place an overlay on the Morph and it will suddenly adapt to suit the layout of the overlay you've selected. With available overlays including a piano-like layout, MPD-style pads/knobs/sliders layout, drum pads, and even an overlay based on the rare experimental Buchla Thunder MIDI controller, Morph offers a huge range of options for how you interact with sound.

What's even more incredible is that you can extensively customize the behavior of each overlay itself. By default, the music-oriented overlays are designed for out-of-the box MPE operation—but depending on your needs, you can use the Sensel App to re-configure almost every detail of how your personal Morph maps each overlay's controls. If you want an extremely portable, rugged, and highly customizable controller, the Morph comes highly recommended.

The Keith McMillen lineup should be familiar: QuNeo and QuNexus have been around for the better part of the last decade. And while these amazing controllers were flexible coming right out of the gate, in 2021 KMI upgraded these designs to the QuNeo Red and QuNexus Red: MPE-capable versions of these modern classic designs.

The QuNeo Red is a new favorite. With a familiar MPC-like layout, the QuNeo may offer a more immediate playing experience for some than the LinnStrument or Morph—and the MPE functionality means that, in addition to playing notes or triggering samples, each pad can simultaneously act like a three-dimensional touch surface for sound manipulation. This can mean finger drumming with unprecedented control of each individual sound—and of course, the other built-in knob/slider-like touch elements can be programmed however you like. MPE seems like an obvious addition to the QuNeo, and we're glad that it is finally officially supported on the QuNeo Red.

Of course, if you're a keyboard player, you might find more immediate use from the compact QuNexus, or even from the larger and more feature-rich K-Board Pro 4—KMI's current flagship controller, designed to provide a powerfully expressive keyboard playing experience. 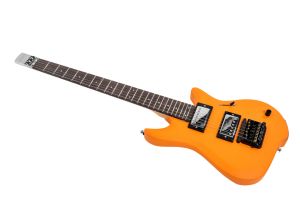 Of course, one of the groups of musicians who have advocated for MPE from the beginning were guitarists. Guitar, of course, takes significant advantage of the relative independence of its individual strings: being able to bend and articulate differently for each string is a huge part of being a nuanced guitarist. MIDI's natural lack of per-note expressive capability has historically made it difficult to create guitar-like controllers that offer the same level of satisfaction as playing a guitar.

Jamstik's Studio MIDI Guitar, however, changes that. The Studio MIDI Guitar is a real, fully functional six-string electric guitar, complete with two humbucking pickups with switchable coil tap—but it also offers a built-in system for detecting each string's pitch and playing dynamics, allowing easy translation into polyphonic MIDI data. This means that you can use a real guitar to program electronic sounds or to play synthesizers in real time—and if your synth/software is MPE-compatible, the Studio MIDI Guitar will allow per-note pitch bend, velocity, and (according to Jamstik's site) channel aftertouch. If you have a guitar background and want a significant upgrade to your MIDI/production setup, this guitar is incredible. 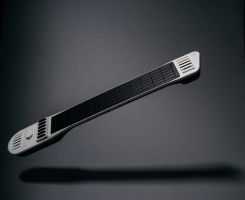 For an alternative take on the guitar-like MIDI controller concept, check out Artiphon's Instrument 1. Instrument 1 has a distinctly guitar-like user interface—but rather than using actual strings and pickups, it has both a fretboard-like touch surface and an area for "strumming" or "picking" individual strings. Guitarists should feel at home fairly immediately with Instrument 1, but it also offers other playing experiences: for instance, Guitar, Violin, Piano, and Drum modes are available at a moment's notice, making it easy to adapt to your preferred way of playing.

Of course, its various play modes (Smart Strum is a blast, for instance) make it possible to do much more with Instrument 1 than you could do on a guitar alone...it truly is a full instrument in its own right.

If you're looking to dive deeper into the world of MPE, be sure to check out these articles.

What is MPE? MIDI Polyphonic Expression + New Dimensions in Sound

About the author
This article is provided in collaboration with Perfect Circuit. Perfect Circuit Audio is the go-to nexus for everything related to hardware synthesizers, pro audio equipment and more—with a particular focus towards boutique and high-end devices.

This article makes use of affiliate links. In the event you make a purchase using these links, KVR Audio receives a commission at no extra cost to yourself. We thank you for your support!

The Sensel Morph hasn't been available for over a year, and many sites list it as discontinued.

Why even suggest devices that you can't (and probably won't ever be able to) buy?