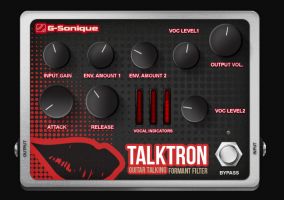 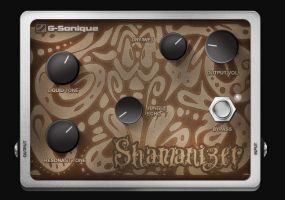 G-Sonique Talktron is guitar plug-in simulating a talking / formant filter effect known from real pedal stompboxes. The effect is used in many music styles like funk, jazz, hip-hop, and electronic. It can be used in combination with synthesizers.

A demo version is available without installer.

G-Sonique Shamanizer is a specific effect that generates "shamanix vibrations and mysterious chorals" according to the rhythm and amplitude of the input signal. It can be used in combination with drums, synths and guitars.

A demo version is also available without installer.