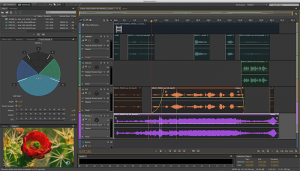 Adobe has announced that the 2014 release of Adobe Audition CC is now available. The new version includes features such as native Dolby Digital and Dolby Digital Plus support, new multichannel options, and multitrack usability improvements drawn directly from customer requests.

You can read more about the new features in this blog post from NAB 2014.

You can install the new 2014 release of Adobe Audition through Creative Cloud for desktop or from within Audition by selecting Help > Updates in the menu.

AuditionAudio Editor
by Adobe     $349
Add A Review My KVR