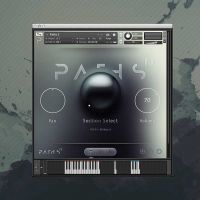 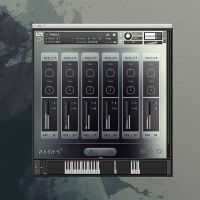 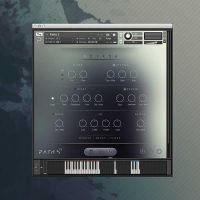 Audiomodern has released the second volume of "Paths", a loop based sampler instrument for NI Kontakt focusing on atmospheric pieces and underscore composition parts.

Paths II is a collection for crafting dramatic Electronica and Neo-ambient Cinematic styles. If you live to emote in tempos most slow, this is the collection for you. Whether you're needing a soundscape for your documentary, a back grooved melodic motif or simply wanting some melodic phrases for your tracks, Paths II will give you freedom to create instant downtempo moods and atmospheres in seconds.

Inside this library you will find 25 complete lush and deep electronica and Neo-Ambient construction sets (kits) with an epic cinematic twist, with each kit containing six different loops, all designed to fit together or available for any mix and match scenario.

Each of these complete sets allows you to achieve a different performance and gives you the freedom to simply use one layer of the set by itself or increase the depth, complexity and beauty by adding additional complimentary instrument parts. By giving you the ability to add the amount of depth and texture needed, along with multiple and separate FX sections, Paths II gives you a creative freedom to create.

Paths II is suitable for sound designers and producers looking for a Cinematic Electronica and Neo-ambient feel in their production. Also usable for any production ranging from Downtempo, Atmospheric, Chillwave and Post-Dubstep To Ambient.

Paths II has been formatted in today's most popular file types: Kontakt, WAV, Apple Loops, ACID, REX, & ReFill. Every file has been carefully edited to loop without any complications.