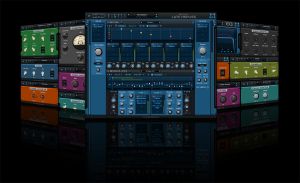 This new version introduces a new dual-mode user interface: you can browse and quick-edit presets with the new "easy mode", or display the full-featured editor to create your own creative delay and reverb effects. With the new multicore processing engine that can spread delay taps ("replies") processing across CPU cores, combined with multiple performance improvements, Late Replies can now create richer effects with reduced CPU usage.

The free update can be downloaded from the same location as the original full version (link received by email upon purchase).