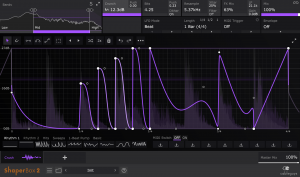 Cableguys has announced the release of CrushShaper, a new Rhythmic Bitcrusher, Vintage Lo-Fi, Multiband Enhancer plug-in for macOS and Windows.