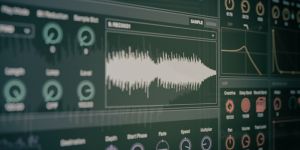 Overbridge is a useful tool for musicians, offering an abundance of possibilities when using Elektron devices together with computers. By bridging the gap between hardware and software, the Overbridge technology allows Elektron users to utilize – and enhance – their hardware instruments in new and powerful ways.

Highlighted features of the Public Beta include:

This is a public beta, rather than a stable release, so issues will likely be encountered and should be reported via Elektron's support channels. The public beta will continue until a stable version is available for release.