Jonathan Schmid-Burgk has announced the release of VisualVox polyphonic v0.9, which Jonathan describes as "the world's first published polyphonic tone manipulation software". It enables you to isolate single notes out of chords and so to manipulate most forms of recorded audio. 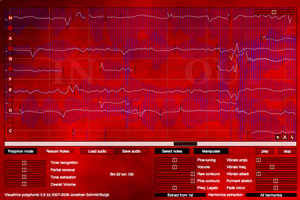 This first version of VisualVox polyphonic (v0.9) costs €25 and is available for Mac OS X as a VST effect plug-in. Suggestions and feedback on this pre-release version would be appreciated. The final version 1.0 will cost €99, the upgrade from version 0.9 will €50.