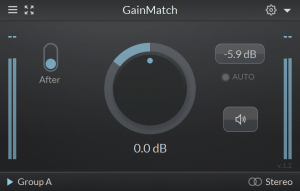 LetiMix has updated GainMatch to version 1.2 with the following list of improvements:

GainMatch is a tool for comparing before/after with the same loudness. If you dig deeper you'll find it can do more useful things, like mixing before and after signals, matching target loudness, normalizing to the desired peak level and more