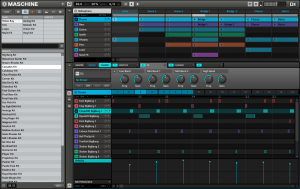 Containing three separate styles of drum kits as well as unique Melodic Kits and new Massive presets, Helios Ray is out now for Maschine and Maschine Mikro, with a compact version for iMaschine also now available as an in-app purchase via the Apple App Store.

A compact version of Helios Ray is also available for iMaschine – the groove sketchpad for iPhone / iPod touch. The iMaschine version is available at the in-app store for $0.99 / €0,89.

Additional information on Helios Ray is available at: www.native-instruments.com/heliosray